You are here: Home / Senza categoria / ISIS’ war on Christmas 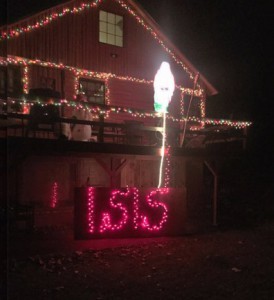 IT might have been an occasion for collectors of omens to rejoice: For the first time in nearly five centuries, in 2015 the Prophet Muhammad’s birthday coincided with Jesus’ birthday. A cause for hope? Too little, it turns out.

Throughout the Muslim world, a harsh campaign was conducted against people who celebrate Christmas. In Algeria, Islamists worked the streets under the regime’s tolerant eye, distributing leaflets denouncing the day as unholy, discouraging customers in pastry shops from buying Yule logs and cakes, and sermonizing in mosques. In Brunei and Somalia, celebrating Christmas could lead to imprisonment.

The Islamists’ argument came down to one essential point: To celebrate Christmas or New Year’s was to imitate the “Kuffar,” or atheists, which is to say, basically, Westerners. At all cost the man in the white beard had to be kept away from the men with black beards.

Pointing out that Christmas is Jesus’ birthday and that Jesus is a recognized prophet in the genealogy of the Quran would have served no purpose. The Islamists’ mental cartography is binary: “Dar el-Islam, Dar el-Koffr” — Land of Islam versus Land of Impiety. They want to de-Westernize the Arab world.

Is it permissible to celebrate the birth of Buddha? Islamists don’t much wonder about that, if only because it doesn’t help them tap anticolonial sentiment or play it up to legitimize themselves. Their enemy is the West, both because of its very nature and because of its military aggressions and economic predations. Islamist literature invokes religion to reject the West, as the land of Crusaders and Jews.

But the war of the calendar also goes further: It touches even the birthday of the Prophet Muhammad, though that was consecrated a long time ago. For purists of Islam, the way Muslims celebrate Mawlid, the birthday of Muhammad, today — with street processions, fireworks, special dishes or new clothes for children — is a folkloric deviation from doctrine. It is a “Bid’ah,” an innovation. And innovation implies dissidence, overthrow and revolution: For Islamists, especially Wahhabists, behind every novelty lurks the devil.

To celebrate a birthday, even that of a prophet, is to accept the existence of Time, whereas Islamists fantasize about eternity. In their eyes, Time itself is a crime, because it is a departure from original Islam. Thus restoration is the Islamists’ second foundational myth. Their goal is to return to the beginning of Time, to T=0. To the moment of Revelation, when the prophet was still alive and God was so close to his ear. To the moment when Islam had not yet been soiled, to before it was contaminated by History and “Fitna,” the first Muslim civil wars, which followed the death of Muhammad.

This quest for purity also explains Islamists’ relation to physical space. In addition to wanting to conquer territory, the Islamic State seeks to negate and destroy any evidence of the passing of time, such as monuments and ruins, in Palmyra and elsewhere. It tries to extend the desert’s domain: to replace walls with sand, to flatten out landscape, to return to a vacuum so as to start history all over again.

The purification myth is not the exclusive purview of Salafists. It also runs through other utopian and totalitarian movements, as well as some of the Islamists’ enemies, like the far-right political parties of today. All of them share the same fantasy of returning to some (imagined) original state of purity.

The far right in France, for example, wants to go back to “la souche,” its roots, and restore the land of its Gallic ancestors to what it was before immigrants, the Stranger, flooded in. Like the Islamists, it glorifies geography and negates Time.

Islamists and far-right groups also share an awkward relationship to women. For Islamists, women are a source of evil: They represent the body, the carnal, and separate men from God. For average militants of the National Front, the modern woman is a source of disorder in society. And so they promote policies both nativist and natalist, with feudal undertones, that extol the benefits of breeder housewives. This is the case even though the party is now led by two women. A similar contradiction exists among Islamists: Their retrograde, sexist talk is often defended by women who cover themselves and praise the head scarf as a tool of emancipation.

The parallels are such that some people accuse the far right of doing the Islamists’ bidding by also seeking to cause a rift within Western society. After the first round of recent regional elections in France — a test tube of a country when it comes to the cooked-up confrontation between the two camps — a cartoonist drew a Salafist yelling “We won!” in response to the National Front’s record showing at the polls.

Christmas coincided with Mawlid this year, for the first time in centuries. But the happenstance has highlighted the shared features of Islamists and far-rightists, which usually remain hidden. The two camps feed on each other, providing mutual reinforcement.

One might counter that of the two groups, only Muslim extremists kill. Which is true, at least when it comes to people. But the extremists of the right kill humanism, and that’s the only thing that could save us all.