You are here: Home / Senza categoria / ISIS uploads a terror video every 8 minutes 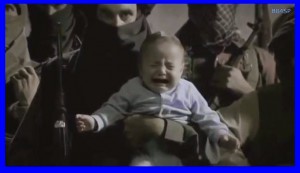 The Islamic State (IS), on an average, uploads four terror-related videos every 30 minutes on the Internet to radicalise youths, anti-terror agencies have observed. Sources said IS influence has spread in nearly 13 states in the country, including Maharashtra, where the Anti-Terrorism Squad (ATS) has succeeded in keeping a close watch on suspicious online activities and shutting them down.

Modus operandi
A senior ATS officer told mid-day that this year the state ATS has managed to block 356 video clips and several terror-related articles, mostly linked to the IS, with the help of computer emergency response teams. “This was done in order to prevent youths getting influenced by the IS’s extremists views,” the officer added. Last year, the agency had blocked 94 terror-related websites.

Most videos are of provoking speeches by their senior leaders, handlers and hardliners. A core team of IS’s tech experts works 24×7 on this. It identifies target cities in various countries, where excess penetration would yield result.

The officer said, “First, the terror elements randomly upload videos on popular social networking sites. They then prepare a list of those netizens who ‘like’ the links. By the time anti-terror agencies identify and block these, IS’s online soldiers already have a list of potential victims, who are then contacted individually via different online platforms, which are unlikely to show on our radar, making it more challenging for us.”

Tracking terror
According to the ATS, members of the recently busted Parbhani group of IS foot soldiers were using Twitter, Telegram, Skype and Chatsecure and were radicalised by the group’s Syria-based handler Farooq.

Last December, an IS e-book ‘Muslim Gangs E-book 1’ had become a major cause for concern for Indian intelligence agencies. The book was a training manual for potential recruits. It taught how to make different types of bombs.