You are here: Home / West Asia / ISIS to continue looking for ways to expand in Afghanistan 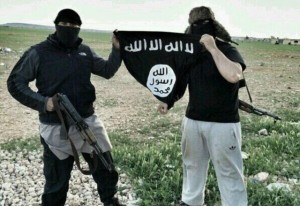 The Islamic State of Iraq and Syria (ISIS) terrorist group is likely to continue looking for ways to expand their activities in Afghanistan.

According to a new report by Pentagon, evidence of limited recruiting efforts by the ISIS have been seen by the US forces in Afghanistan.

The report released on Tuesday further added that the US forces have noted a few militants re-branding themselves, likely in an attempt to draw media attention, greater resources and more recruits.

“ISIL’s presence and influence in Afghanistan remains in the initial exploratory phase,” the report said.

It also added that “The Islamic Movement of Uzbekistan has publicly expressed support for ISIL as the leader of the global jihad; however, the Taliban has declared that it will not allow ISIL in Afghanistan.”

The report by Pentagon was released on the same day the Taliban leadership released a letter which was sent to Islamic State leader Abu Bakr al-Baghdadi.

The group in its letter to al-Baghdadi, warned that if Islamic State militants want to fight in Afghanistan, it must be under the Taliban. Fighting broke out this week in the eastern province Nangahar between Taliban fighters and militants affiliated with the Islamic State.

“The Islamic Emirate of Afghanistan from a brotherhood point of religion wants your goodness and has no intention of interfering in your affairs,” the letter reads.

It also added “Reciprocally, we hope and expect the same from you.”

This comes as the Minister of Interior Noor-ul-Haq Ulomi said Saturday that the militants who have pledged allegiance to the Islamic State of Iraq and Syria (ISIS) terrorist group, are seeking financial support to maintain their operations in the country.

The Afghan national security advisor Hanif Atmar also said last month that the Islamic State of Iraq and Syria (ISIS) terrorist group is looking to have access to drugs market by starting operations in Afghanistan.

Speaking to lawmakers in the upper house of the parliament – Meshrano Jirga, Atmar, said the terror group wants to finance the group’s activities by having access to drugs market.

Atmar also warned that the terror group wants to expand its operations not only in Afghanistan but the whole region and wants infiltrate in Central Asian countries.

He said the ISIS group is led by a Pakistani militant and the group recognizes no boundaries since they have already declared the regional countries in their map as Khurasan province.