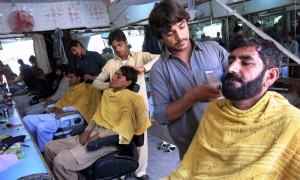 Islamic State of Iraq and Syria’s (ISIS) 62-page long safety and security guidelines for jihadis before they carry out attacks show the extent to which the terror organisation will go to avoid detection by intelligence services.

Shaving beards, wearing western-style clothes and avoiding mosques are some of the tips by ISIS to help terrorists blend in as they plan attacks in the West.

The guide suggests militants that they should establish cells with four or five members before attacking and work with only each other, having no link with any other group, to avoid a mass neutralization, News.com.au reports

The guidelines also suggest that limiting the information of the upcoming attacks is important, citing 9/11 as an example where only four or 19 militants knew about the nature of the operation.

ISIS jihadis are also instructed to remain alert at all times by paying close attention to the news and internet to know what is happening locally and abroad.

The guide also advises them to avoid using religious gestures or sentences like “salam alakum”, wearing typical outfits or visiting mosques and other Islamic organisations.