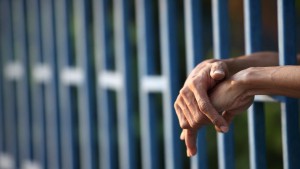 ISIS has previously claimed responsibility for several attacks in Saudi Arabia and has also beefed up its operations in neighboring Yemen. In the statement Tuesday, ISIS mentioned the al-Ha’ir and Tarfiya prisons where many al Qaeda and ISIS supporters have been detained. Saudi Arabia has faced severe criticism following Saturday’s mass execution, escalating tensions with Shiite power Iran.

“The Islamic State always seeks to free prisoners, but we calculate that the ending of the issues of prisoners will not happen except with the eradication of the rule of tyrants, and then destroying their prisons and razing them to the ground,” ISIS reportedly said in an article posted online Tuesday.

Despite differences between ISIS and al Qaeda, the two terrorist groups are united in their enmity towards Saudi Arabia.

Al Qaeda in the Arabian Peninsula (AQAP) reportedly threatened Saudi Arabia in December with shedding “the blood of the soldiers of Al Saud” if its members were executed.

ISIS has claimed responsibility for several bombings and shooting in Saudi Arabia since late 2014. The attacks have reportedly killed over 50 people.