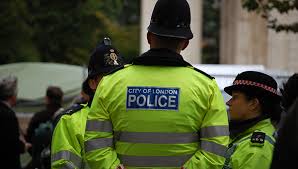 The terror threat from ISIS is reaching new highs and cutting police budgets could cost lives, Sadiq Khan has warned, like reported by dailymail.co.uk.

The London Mayor said the danger of attacks in the capital had risen since he entered city hall last May and keeping people safe was becoming ‘increasingly difficult’.

The grim message, delivered in an interview with MailOnline, comes after the latest apparent terror incident at the Louvre in Paris yesterday.

Mr Khan, who has been embroiled in a growing row with the government over Scotland Yard’s budgets, said ministers had effectively stripped hundreds of millions out over recent years.

And he voiced alarm at plans to shake up how police funding is distributed across the country.

‘The reality is that if you look at other global cities, Berlin, Istanbul most recently, but Paris and other parts of the world. Our global cities are targets for terrorists,’ he said.

‘If the government changes the police funding formula and if they fail to fund London as a capital city… I think keeping London safe is becoming increasingly difficult.’

Twelve people were killed and 50 more were injured when a terrorist drove a heavy truck into a packed Christmas market in Berlin at 40mph.

And last July, 86 people were killed and another 434 were hurt when a jihadi drove a 19-ton lorry into crowds celebrating Bastille Day in the French city of Nice.

Islamic State is already thought to have terror cells in the UK. The jihadis are believed to be plotting a massacre on the scale of the atrocities in Berlin and Nice.

Mr Khan pointed to the view of counter-terror chiefs that an attack on Britain is a question of ‘when not if’.

The threat level is currently ‘severe’ – meaning an incident is considered ‘highly likely’.

He said maintaining officers numbers in the capital at around 32,000 was crucial because they are the ‘eyes and ears’ of security services.

Insisting the threat from ISIS had ‘without doubt’ risen since last May, Mr Khan said: ‘The bad guys want to harm us. They hate the fact that we live together, Christians, Muslims, Jews, Buddhists, Hindus, those members of an organised faith and those who aren’t, peacefully,’ he said.

‘Because of the hard work of our police and security services a number of terror attacks have been foiled.’

The mayor said the tactics of extremists were constantly ‘evolving’. Whereas previously the danger was ‘upstream’ from terrorists coming into the country, there was now more of an issue with young Muslims being radicalised ‘in their bedrooms’ over the internet.

‘The police and security services work incredibly hard. We can’t escape the fact that ISIS and Daesh are now using the internet to radicalise Brits,’ he said.

‘We saw in the last year-and-a-half, Londoners born and raised in our city radicalised in their bedrooms to the extent where they jump on a plane and go to Syria.’

He added: ‘The best way it has been explained to me is that the bad guys are evolving.’