You are here: Home / Mediterranean / ISIS: the most successful terrorist group at marketing its brand? 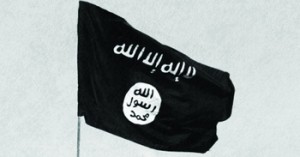 Like moths to a flame, a growing number of people around the world have been drawn to the terrorist organization ISIS.

The al Qaeda splinter group is trying to create an Islamic state on territory it controls in Syria and Iraq. But its reach goes much further.

This week’s attack in Texas is the latest reminder of how the group inspires an international following using a unique mix of propaganda, social media, Hollywood techniques, and branding strategies more commonly associated with the corporate world.

ISIS markets itself as a strong, defiant group that is supported by religious scripture and prophecy. Unlike other terrorist organizations, it doesn’t present itself as the underdog.

“From a marketing perspective, what they’re selling is the image of strength,” said Berger.

The United Nations estimates that most of the 20,000 foreign fighters it believes have traveled to Iraq and Syria went to join ISIS, according to a report cited by AP and due for publication this month.

Those unable to emigrate are encouraged to carry out terror attacks at home.

Berger says ISIS has been particularly successful in creating a common sense of identity among its followers, similar to white supremacist and Nazi groups.

Helping to keep this “identity group” together are the thousands of pro-ISIS Twitter accounts that promote its messages and videos.

ISIS stands out for sophisticated film making that tells coherent stories and encourages viewers to connect with militants. Some ISIS videos take the form of documentaries, Berger said.

“They’ve advanced the art of storytelling,” he said.

Brand psychologist and author Jonathan Gabay says ISIS has taken terrorist videos to a whole new level when compared with the blurry edits from the post 9/11 period.

“They are using … Hollywood-esque cinematography,” he said.

Like many slick corporate communications operations, ISIS prints its slogans on promotional items such as badges, coins, signage and stationary, said William McCants, an expert on Middle East policy at the Brookings Institution.

One slogan translates to “Enduring and expanding,” said McCants. It reinforces the group’s message of strength.

Another is more nuanced, and less catchy: “A caliphate in accordance with the prophetic method.” This is aimed at promoting the group’s claim that it operates on the basis of the teachings of the Prophet Mohammed, said McCants.

But it’s not just religious zealots who are drawn to ISIS.

The group has attracted a range of sympathizers, including some whose main motivation is the building of a new Islamic State, said McCants.

“People want to be part of something larger than themselves,” he said.

“I think they’ve been enormously successful. There’s no one in the world who hasn’t heard of the Islamic State,” he told CNNMoney.

Choudary has publicly demonstrated his support for ISIS ideology on several occasions, but is not a member of the group.