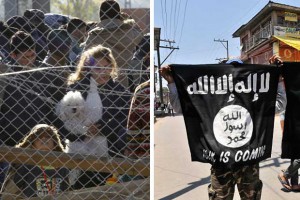 Syrian president Bashar al-Assad has confirmed that ISIS fighters are infiltrating refugee groups – and said Europe should be scared.

Refugees were named among the ISIS attackers behind the Paris atrocities on Friday the 13th, and Syria has now confirmed that fighters are cynically capitalising on the humanitarian crisis to travel to Europe.

Asked whether Europeans should fear refugees from Syria, Assad told Czech television: “It’s a mixture. The majority, they are good Syrians, they are patriots. But of course you have infiltration of terrorists among them, that is true.”