You are here: Home / MidEastGulf / Isis target children in Mosul with booby traps in toys and teddy bears

With the war raging on for control of Mosul, Isis is now planting booby traps using children’s toys and everyday items 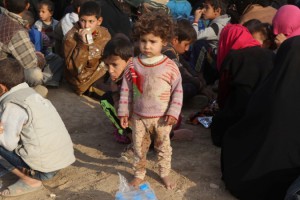 Mosul has been a battleground for a while now with a raging war between Isis and Iraqi forces. A few days ago it was reported that Isis was using thousands of people as ‘human shields’ and now it’s said that the group is using children’s toys to hide bombs.

A report in The Daily Mail states that the Isis’ latest ploy is to use to hide bombs in kids’ toys and teddy bears. As soon as these toys are touched, the bomb or improvised explosive device (IED) would detonate. So, it looks like Isis is targeting children now as well.

Colonel Nawzad Kamil Hassan, an engineer with the Kurdish army, and his unit reportedly cleared some 50 tonnes of explosives in the last two years in areas that controlled by Isis. He was quoted as telling the Observer, “Why would Isis use something nice, like a bear or a rabbit? They used this toy because they know the peshmerga (Kurdish fighters) will not touch it but children will. They are not even animals. They are worse than animals.”

At this point, more than 40,000 soldiers are preparing to surround Mosul, which has been under Isis control, to cut them off from the outside world. Reports say that there are about 5000 Isis fighters inside Mosul and between 1,500 and 2,500 around the city. It is believed that 1,000 of these fighters are foreign nationals as well.