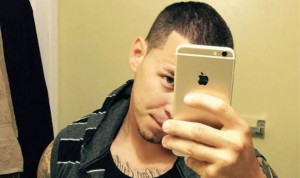 Harlem Suarez wanted to detonate explosives on the packed sands of Florida’s iconic Key West island in a chilling parallel to the bloody Sousse massacre, an American court heard.

The FBI allege the 23-year-old is an ISIS sympathiser who wanted to carry out a horrendous atrocity to show his support for the terrorist group, court documents read.

His lawyers denies Suarez is a terrorist.

The court heard he was snared after texting an undercover agent and asking him how to make a bomb.

The judge was told Suarez — who also goes by Almlak Benitez – was planning to carry out a “terrorist-style attack” at Key West on the Fourth of July, when thousands pack out the tourist spot beaches to mark Independence Day.

The high school dropout, who is the son of Cuban immigrants, allegedly posted “extremists” comments on social media in support of ISIS, although investigators do not believe he ever made contact with anyone within the group.

Papers filed with the court in Miami stated: “Review of the publicly-accessible portion of the Harlem Suarez Facebook page revealed Suarez claimed to be from Key West, Florida, and listed his ‘likes’ as: ‘Jihadist,’ ‘Extraordinary Prayer for ISIS,’ and ‘Prayers for ISIS: Weapons of our Warfare.'”

After spotting the posts agents arranged for a confidential source to contact Suarez online, by text message, by cellphone and in person.

The court heard “the source and Suarez had a private Facebook chat on the subject of preparing for a violent jihad against the United States” in May.

During the same discussion, Suarez allegedly indicated to the source he wanted to make a “timer bomb.”

In a text message later, the court he he asked them: “Do you know how to make bmb.”

When they asked if he wanted a bomb, he allegedly replied: “Yes, I want to learn how to make a controller bomb.”

In June, the source introduced Suarez to an undercover FBI agent who was posing as “a member of ISIL who could supply explosive devices.”

The judge was told during a recorded phone conversation in July, the source asked Suarez “whether he was playing games or whether he was true to the Islamic state.”

Prosecutors say the restaurant worker then bought parts for a bomb which was designed to contain galvanized nails.

Details of the case were laid out when Suarez, who previously worked for a regional division of American Airlines and a local restaurant in Key West, appeared for a bail hearing at Miami federal court.

The hearing was put back to next Tuesday so his defence lawyers can gather more evidence to contest the central charge of trying to use a weapon of mass destruction to show support for ISIS.

Speaking to reporters outside court his attorney insisted that the youngster is not a “terrorist” or a member of ISIS.

Richard Della Fera said: “He has no affiliation with ISIS or any terrorist organisation. He’s never been arrested, he’s never been incarcerated and he’s very distraught.

“What I’ve observed is a young man who is very immature and has a low intellect, and I think that plays into what happened to him in very large measure.”

He added he now plans to seek a psychological evaluation of his client.

Suarez, from Key West, has not entered a plea because his arraignment is still pending.

US prosecutors are seeking his detention ahead of any trial based on danger to the community and risk of flight.