You are here: Home / Senza categoria / Isis supporter of Yemeni descent plotted to kill 10,000 people in California to ‘redefine terror’ 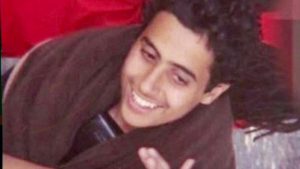 A 22-year-old high school graduate who plotted to kill thousands of people in order to “redefine terror” has been charged by US police, like reported by ibtimes.co.uk.

Amer Sinan Alhaggagi, of Yemeni descent, was arrested last November and charged with attempting to support the Isis terror group, which controls swathes of territories across the Middle East, and through allied groups, in Africa and Asia.

Prosecutors said he also conspired to kill as many as 10,000 people across the Bay Area in northern California by planting bombs in university dormitories and setting fire to the Berkley Hills mountain range.

Alhaggagi is also being indicted on three other charges including aggravated identity theft. He faces up to 47 years in prison.

It is believed Alhaggagi told one of the undercover agents last December: “I live close to San Francisco, that’s like the gay capital of the world. I’m going to handle them right. LOL. I’m going to plant a bomb in a gay club. By god, I’m going to tear up the city. The whole Bay Area is going up in flames. My ideas are genius.”

His family reacted in shock following the charges, with some relatives saying the man described in court was completely different to the one they knew.

“We were shocked to learn of the accusations involving Amer. Amer is not and has never been radicalized in any way,” the family said in a statement.

“He grew up in this country and loves it here. He is peaceful and kind. He was very young and immature when he got involved in the online conversations that are the basis for these accusations. He did not think those conversations were serious and he never had any intent to harm anyone. We love him and continue to fully support him.”

Alhaggagi’s uncle, Hashem Awnallah, said his nephew was known “to be an amazing, kind-hearted soul.”

The defence team said the charges against thier client are “overblown”.