You are here: Home / Mediterranean / ISIS shifts to desert of Libya amid political turmoil 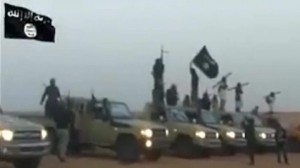 Islamic State militants have shifted to desert valleys and inland hills southeast of Tripoli as they seek to exploit Libya’s political divisions after defeat in their former stronghold of Sirte, security officials say to jpost.com .

The militants, believed to number several hundred and described as “remnants” of Islamic State’s Libya operation, are trying to foment chaos by cutting power and water supplies and to identify receptive local communities, the officials said.

They are being monitored through aerial surveillance and on-the-ground intelligence, but Libyan officials said they cannot easily be targeted without advanced air power of the kind used by the United States on Jan. 19, when B-2 bombers killed more than 80 militants in a strike southwest of Sirte.