You are here: Home / Mediterranean / ISIS sets sites on overthrowing governments of Morocco and Tunisia 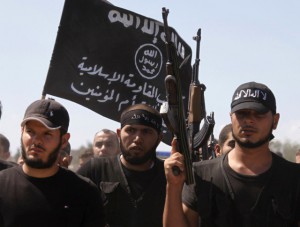 The campaign, launched on Thursday, consists of several videos released by different ISIS provinces. The jihadists participating in the campaign call on Muslims to join ISIS strongholds in Tunisia, Libya, Mali and Algeria in order to oust the apostate democratic governments of Tunisia and Morocco and replace them with an Islamic regime based on Sharia law.

ISIS jihadists blame the Islamic Maghreb’s governments for striving to ‘westernize’ Muslims by cultivating Western lifestyle which contradicts the Islamic tradition in their state. They also vehemently attack Tunisia for its participation in the international coalition against ISIS, claiming that Tunisia takes part in the killing of Sunnis together with Russia and the US, in the guise of fighting terror.

A Tunisian jihadist speaking in the video urges Muslims to attack Tunisia, saying: “Follow in the footsteps of your brothers in Paris. Is it easier to bypass the security measures in Paris than in Tunisia? No. But we know Tunisia and we know its coward policemen. Hence, you can do twice as much as your brothers have done in France.”

ISIS’ campaign against Tunisia and Morocco comes amid growing civil unrest in both countries. In Morocco, police violently dispersed a mass protest of teacher trainees that took place on January 7. In Tunisia, nationwide protests of unemployed people have taken place over the past week.

On Wednesday, the protests spread out of the city of Kasserine, where they started, to Tunisia’s capital, where protestors blocked roads. In addition, one man has set himself on fire, becoming the first victim of the protests, which might exacerbate the tensions and transform the protests into a potential uprising, similar to the 2011 Tunisian revolution.