You are here: Home / Africa / ISIS Sets Sights on Rest of Africa

Obama called the intervention in Libya a ‘shit show,’ but unless the West moves quickly, radical jihadists are poised to make the Libyan debacle look like a mere preamble 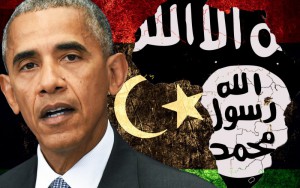 Officially, the so-called Islamic State (widely known as ISIS) is on the run: its manpower reduced in the Middle East, its troops pushed out of their Libyan strongholds. For President Obama, who conceded that bungling the aftermath of the 2011 Libyan intervention was the “worst mistake” of his presidency, the gains made in North Africa represent an eleventh hour redemption. Headlines are declaring that ISIS is in retreat. But the question to ask is: retreat to where?

In an essay translated by the Quilliam Foundation, an ISIS supporter identifies Libya as a “strategic gateway” from which “pandemonium could be wrought in the southern Europe.” Even more than Syria, the fate of Libya is likely to color the next president’s foreign policy. While Syria has been a whirlpool, sucking in the most toxic elements in the region, Libya is a sandstorm, spreading its mayhem outward. According to the ISIS supporter’s essay, Libya is “the key to Egypt, the key to Tunisia, Sudan, Mali, Algeria and Niger too.”

Among the many mistakes made during the 2011 intervention, a significant blunder was the failure to ask where Gaddafi’s supporters had fled. Within months, hundreds of Tuareg combatants turned up in Mali, bearing machine guns and portable missile systems from Gaddafi’s stockpiles. While traveling with nomadic salt merchants north of Timbuktu, I witnessed their arrival: My guide pointed out the unfamiliar tents, complaining there were “too many strangers in the desert.” A few weeks later, a German tourist was murdered and his three companions kidnapped; the police chief in the town where I was staying insisted on an all-night motorbike patrol to make sure another kidnap didn’t take place. Few realized at the time, but Mali’s nightmare had begun.

The impact of the Malian crisis is being debated in the Hague this month, where Ahmad al-Faqi Al-Mahdi is due to be sentenced for “damaging mankind’s heritage” in Timbuktu. Long-standing smuggling routes have been hijacked—the same routes that will carry ISIS deeper into Africa. The jihadist groups operating in Mali saw no limit to their territorial ambitions, and nor does the Islamic State; the difference is that ISIS has real financial clout, operating capability, and a powerful brand. If it can break through the dusty membrane of the Sahel, it will have access to sub-Saharan Africa and the potential to reach across the continent, exploiting a tangle of marginalized communities, just as it exploited the Anbar tribes of Iraq and Gaddafi’s support base in Libya.

It shouldn’t be like this. As the U.K. Foreign Affairs Select Committee judged last week, the 2011 Libyan campaign was marked by a “failure to develop a coherent Libya strategy,” leading to “political and economic collapse,” a surge of unmanaged migration, and “increased terrorism.” In the U.K., the rap falls on David Cameron, but in the U.S. it is Hilary Clinton who is under fire, lambasted for her claim that Libya is a “work in progress.” Not that her rival has much to boast about. Donald Trump’s Libya pronouncements are as inconsistent as his migration mathematics or his position on NATO. He swings from charging Clinton with “implementing” the 2011 intervention, to advocating an escalation in U.S. military involvement, to bragging of his business links with Colonel Gaddafi.

Inconsistent or compromised: It doesn’t bode well for America’s power-broking role in the region. Which is problematic, because positive leadership is needed, now more than ever. ISIS needs to be contained, not displaced. Key to this is securing the backing of local leadership, from tribal chiefs to national governments, quashing corruption, and improving the quality, not the rate, of investment. Billions of dollars have been thrown at too many countries in North Africa, without benefiting the most destitute, vulnerable communities.

On an international level, care must be taken to avoid the proxy warmongering that has destroyed Syria. There, a horrific parody of the Cold War braces Russian fighter jets and CIA-backed rebels against the long-running Sunni-Shia saga led by Saudi Arabia and Iran. A nation once celebrated for diversity, now fettered by sectarianism, is drowning under the “superpower” chess game played across its surface. Africa is next.

Saudi Arabia and other Gulf states have been spreading their influence, funding Wahabist preachers, supplying the welfare that local governments are too tangled in corruption to dish out. China’s economic presence levers infrastructural investment against the exploitation of cheap labor and resources. France has a huge role in West Africa, where its three-and-a-half-year-long military campaign is motivated, in part, by the uranium mines in Niger (which provide a third of the uranium for its lucrative nuclear industry). Anyone who thinks North Africa hasn’t got proxy war potential needs to look at the map again.

Other players are gathering, lured by North Africa’s untapped resources. The region has tremendous economic promise, however jittery the political forecast. But tackling its problems are key. The West benefits from its uranium, phosphorus, oil, and other resources, but also feels the impact from jihadism, narco-trafficking, and mass migration. We need to engage with this region, not turn our backs on it. Confronting what Obama calls the “shit show,” and the myriad conflicts blasting around it, is essential. Otherwise these disasters will continue to spread, scattering the next U.S. president’s foreign policy on the winds of another Saharan sandstorm.