You are here: Home / Senza categoria / ISIS seizes £4bn drug ring from the Mafia to fund its brutal terror campaign

Jihadists are flooding Britain with cannabis from the Albanian drug farm as intelligence experts warn that Islamist extremism is taking hold in Europe. 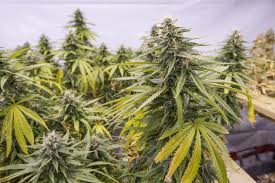 Islamic State is raising cash for its terror campaign by running cannabis farms and shipping the drug to Britain.

The evil caliphate has seized control of a $4billion Mafia marijuana growing operation in the rural mountains of Albania – giving it a foothold in Europe.

Private jets and ships take the £4billion-a-year harvest to Mafia bosses in Italy, who distribute it, the Sunday People reports.

ISIS moved into the lucrative trade after security services fought their way into an Albanian Mafia HQ in the hill village of Lazarat.

Far from putting paid to cannabis farming, the 2014 raid cleared the way for ­extremists to take over.

They now recruit in the area – often from the Mafia itself.

Dr Vladimir Pivovarov, a former military intelligence officer, said: “It is well known that Albania and other countries in the region have citizens joining ISIS.

“Western intelligence identified Balkan countries as the most active in providing ­recruits for jihad.

“The best ­recruits are from the Mafia . They are schooled in violence and the dirty money they make swells the jihadist coffers.

“Muslim ­extremism is establishing itself in Europe.”

Albanian security forces are now battling the jihadists and weapons seizures have been made.

When the Sunday People visited Lazarat, 140 miles from the Albanian capital of Tirana, locals said their lives are made hell by extremist thugs who ­recruit local men.

He said: “Everyone knows the State was involved. The state brought us the cannabis seeds. We were all paid to grow cannabis.”

A US report named Lazarat as the main marijuana producing area in Europe, growing 900 tons a year. A militant training camp is now hidden in the nearby mountains.

Some ­Albanian jihad recruits are ­sent to Syria for terror training.

Recruitment is run from Syria by Albanian Lavdrim Muhaxheri, who was pictured beheading prisoners.

An Albanian government source said: “With so much money to be made, it is no surprise ISIS wants control of the drug business.”

Security expert Dr Marjan Nikolovski warned: “The UK is the main market for Albanian cannabis. ISIS is involved in production and smuggling. So anybody buying drugs in Britain is funding terrorists.”

The rise of the Albanian Mafia

Bonded by a code of honour and blood, the Albanian Mafia traditionally exploited the UK’s thriving vice trade.

Known as the Mafia Shqiptare, crime families from the Eastern European country arrived in the aftermath of the 1999 Kosovo war.

They identified Britain as fertile ground for their illegal immigration, drug trafficking and arms dealing operations.

And in the space of less than a year their grip on the UK’s sex industry tightened.

A leaked Home Office report in 2001 found the Albanian mafia has seized control of the Soho vice trade, which had an estimated £40 million annual turnover from the sale of young girls.

Officials claimed the ruthless Eastern European crime network had moved into almost all of the saunas and massage parlours in the heart of Britain’s vice trade.

But they soon became major players in the distribution of drugs, enforcing deals by meting out extreme violence.

In 2014 Albanian gang members set up a cocaine hotline for drug addicts, earning more than £4million from 100,000 calls in just one year.

The unprecedented operation, dubbed ‘Mario Line’ by police, ran a round-the-clock service for callers desperate for the class A drug, sold at £40-£50 a gram.

And just months later a gang from the Eastern European country was jailed for a total of 157 years after attempting to flood London and the south of England with £40m of cocaine and heroin.

The Government has launched an investigation into foreign funding of jihadist groups in Britain.

Lib Dem peer Paddy Ashdown claimed last year that outside links to home-grown extremists were not properly checked due to the Conservative Party’s “closeness” to rich Gulf Arabs.

Now Home Secretary Theresa May confirmed that the Extremism Analysis Unit will carry out a probe.

MP Alistair Carmichael said: “Funding of extremist organisations from states like Saudi Arabia needs to be cracked down on.”