You are here: Home / West Asia / ISIS seeks to resume militancy in Afghanistan 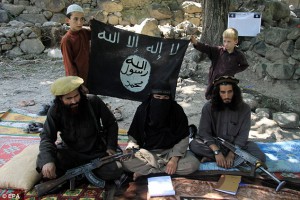 Afghan political commentators have warned that limiting grounds for ISIS militants in Syria and Iraq will force the Daesh militias to seek safe shelters in Afghanistan, recently the President of Kazakhstan Nursultan Nazarbayev told to Russia News Agency Tass, that pressure exerted on terrorist groups in Syria and Iraq could end up in their ousting into Afghanistan.

Political commentator Jawid Khohistani said, “Heavy pressures on ISIS militants in Iraq and Syria will limit grounds and make them move to Afghanistan to continue to the militancy, based on the initial reports some of the ISIS militants already moved into Northern Provinces of Afghanistan especially in Burka, Ishkamish districts of Badakhshan, and surrounding of Kunduz city.”

“Turkmenistan has the longest border with Afghanistan, followed by Uzbekistan and Tajikistan As far as I know, everything is calm in those states, but they have been taking some measures,” President of Kazakhstan Nursultan Nazarbayev said.

Meanwhile security officials have insisted over fighting terrorists specially ISIS in Afghanistan and will not allow any militants to disrupt the security condition.

Ministry of Defense Spokesman Dawlat Waziri said, “Afghan security force with all capabilities will not allow ISIS “Daesh” militants to establish militant’s stations and centers, as you all see we defeated Daesh in Nangarhar province months ago.”

Members at the lower house of the parliament have expressed concerns over Daesh militants to be housed in Afghanistan, demanding the Afghan security forces to have necessary measurements on defeating ISIS.

Mp Samiullah Samim said, “in case Taliban is weakening in Afghanistan, Daesh militants will take over, but existince of Taliban in Afghanistan will not allow ISIS to move into the country.”