You are here: Home / Mediterranean / ISIS says it has blown up 2 warplanes at seized Libyan base 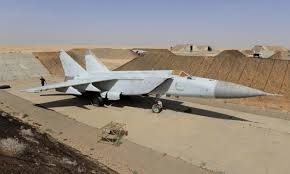 The militant group Islamic State said it had blown up two warplanes at an air base that it had seized near the central Libyan city of Sirte.