You are here: Home / Senza categoria / ISIS recruitment in the west hit as more die than sign up for terror group for first time 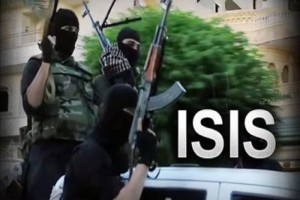 More jihadis have died fighting for the terror group in Iraq and Syria than have signed up, official figures released today show.

The data has come from up-to-the minute intelligence from the Australian government over its nationals fighting for the terror group.

Following a high terror alert in the country a year ago, the number of those heading from Australia to the Middle East warzones to join ISIS grew steadily until the middle of this year.

Since then those active in the region have dropped from 120 to 110.

Attorney-General George Brandis revealed today at least 41 had been killed this year, up from 15 the year previous.

Those figures give support to the attacks carried out on ISIS territory in Iraq and Syria, including by Russian forces, which began airstrikes in September.

He said: “Ever since it was elected in 2013, the Coalition government has shown the political will to deal with the menace of those who incite fear and terrorism at home, or who travel or assist others to travel to fight as jihadi soldiers in Syria and northern Iraq and that political will has not changed one iota.”

The news Australian ISIS jihadis have reduced could well be replicated in other western states.

The British government has not released figures on how many of its citizens have gone to fight for ISIS but its estimated the number is around 700.

Britain has targeted its ISIS militants abroad in drone strikes, including the one which killed Reyaad Khan and Ruhul Amin.

This summer the FBI revealed at least 200 Americans had traveled or attempted to travel to Syria to fight for ISIS.

The director of National Intelligence had previously said up to 20,000 foreign fighters had joined ISIS, with about 3,400 of them from Western countries.