You are here: Home / West Asia / ISIS recruiting from Pakistan and China, according to Intel Agencies 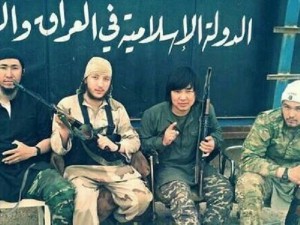 In the latest Intel assessment carried out by the Intel Agencies reveal that ISIS is gaining ground in South Asia.

Intel Agencies have cautioned the government that several men from Pakistan and China have joined the ISIS ranks in robust numbers.

Sources say China has around 300 ISIS fighters from its various regions. On the other hand, Pakistan too is amongst the highest suppliers of cadre to ISIS in South Asia.

With India’s neighborhood with both Pakistan and China reeling under ISIS threat, it is time for the government to take a holistic view of the situation.

Indian Agencies claim there are around 18-20 Indian ISIS Recruits till now. But there is no proper check on how many more may have joined the caliphate.