You are here: Home / MidEastGulf / Isis propaganda comes across the radio waves 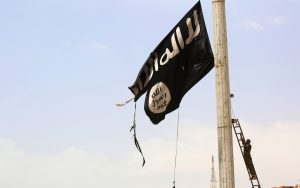 For 60 miles across the vast desert of eastern Syria, far beyond the trashed Roman ruins of Palmyra, the army of Syria is moving through the hot grey sands towards the besieged garrison city of Deir ez-Zour. For 60 miles, tanks and heavy artillery – and brand new Russian Army multiple missile launchers – line the narrow, melting highway through the oilfields, pale tents flourishing in the dry wadis of distant hills which belonged to Isis only a month ago, gun batteries thumping amid the sand dunes, like reported by independent.co.uk.

We’ve been through this before, of course: Syrian army advances that turned sour in northern Syria, the long siege of eastern Aleppo, Isis retreats that transformed themselves into new and savage suicide attacks out of the desert and into Palmyra. But the Russian army foot patrols in the wrecked modern city of Palmyra – I even saw Russian Army Chechen troops in the city, a vital Muslim component to Moscow’s military alliance with Damascus – suggest that this time the Syrian army has its enemies on the run.

So enormous is the landscape – harsh, lined with green desert grass and baked sand hills – and so intense is the 47-degree heat that images do greater credit to this desert war than dry essays on the strategy of an army that plans to free 10,000 of its soldiers still holding out further east, surrounded by Isis for three years in the ancient city of Deir ez-Zour, along with 400,000 civilians in two pockets of land in the valley of the Euphrates. Sixty miles beyond Palmyra I travelled eastwards, the only western journalist to reach this far front line in a convoy of Syrian vehicles until we stopped just five miles short of the crossroad town of al-Sukhnah.

“Sukhnah” means heat. It is the right name. Isis is still there. The desert mirages turn empty sand beds into waterless rivers but the Syrian encampments and the 122- and 130mm guns are real enough. So are the tanks heading east, some loaded with infantry, thrashing up the tarmac, truckloads of green-painted ammunition boxes crammed on top, soldiers clinging to the tailboards.

The wreckage of war – a bombed-out Isis truck, a shattered army lorry, carbonised buses pushed off the road – is everywhere. A bearded Syrian officer – how many of them have grown these big bushy Isis-style beards over the past two years, perhaps to mock their enemies – shouts that the gun line have been ordered to fire and then the desert shakes ever so slightly and long lines of sand streak in front of the artillery. They look like those big wheeled guns on the old silent Somme newsreels and they are almost as quiet in the desert. The fine dust absorbs the thumping detonations.

When we stop at a military post beside the highway, a sergeant emerges holding two tiny drones, just shot down at a height of 350 feet by a soldier with a Kalashnikov, the machine stinking of burned plastic, a beady camera glass hanging from one wire, the little rotors still rotating at the touch of a finger. Isis, through the heat haze, is watching us through these sinister little lenses. Someone with a fully working brain in al-Suknah, ready to retreat no doubt, is looking for targets.

Only when we pass the batteries of Russian army BM-30 SMERTCH “Whirlwind” multiple rocket launchers, their Russian crews beside them, magenta and blue camouflage amid the sand, does a Syrian officer ask us not to take pictures. No problem with Syria’s weapons. We can shoot photographs of as many guns as we like, as many mortar batteries, although they appear dwarfed by the immensity of the landscape.

There’s an operational battle map in General Mohamed Khadour’s air-conditioned headquarters. It shows a black patch for al-Sukhnah, and just to the left a grim series of blood-red circles. These are the gun lines. And Khadour, the senior army commander for this huge area of desert and remote cities, tall, head shaped like a bullet, thinning hair, face darkened by the sun – a 58-year-old graduate of the Aleppo military college with an infantry training degree – coldly reads off a set of coordinates to open fire. Beside him on a sofa leans a heavy black six-chamber 46mm rocket gun that his men captured up north in Hassakeh – “RPG-6, GLV-HEF [stock number] 4348” for those who can trace its foreign manufacturers – and the general looks contemptuously at it. “However many weapons they got from the West, Isis is finished,” he says. “They are like a banana that has fallen out of its skin. Only the skin is left.”

I’m not so sure about this. There’s a small truck park in Palmyra filled with the big black iron suicide trucks that Isis manufactured in its black caliphate, identical to the massive killer cars captured by the Iraqi army in far distant Mosul to the east. General Khadour reports that in one month his soldiers have faced seven suicide trucks and 20 individual Isis suicide fighters, all of whom had blown themselves to pieces. And I ask the same old question I put to everyone who fights Isis: who are they really? And I get the same reply from the general. “Animals,” he says. “But even animals are not evil.”

Curiously, the brain inside the Isis “animal” does not interest these soldiers. They regard the al-Nusrah/al-Qaeda fighters as far better trained – and with far more sophisticated Western weapons and anti-aircraft missiles – than Isis. For Nusrah, still fighting on in Idlib province, they have a curiosity rather than respect. But for Isis they have contempt. There is a creepy story which two officers tell me, which might – given the nature of the Isis mind – have some pathetic truth. Several suicide bombers, they say, were found with women’s underclothes in their pockets – for the virgins they would meet in paradise.

Some generals only speculate on dates – a sound precaution in the Syrian war – but General Khadour does not hesitate to tell me that he will reach and “liberate” Deir ez-Zour by the end of August, just 30 days away. Why not? He was head of the security and military headquarters in the eastern region of Syria – including the surrounded city – until flown out north to fight Isis and Nusrah around Hassakeh and he will, no doubt, resume his duties there when his army breaks the siege. “I and General Mohamed Sbeh here,” he says – Sbeh, Khadour’s subordinate officer, sits, rotund and narrow-eyed and listening like a fox to his left – “told the people of Deir ez-Zour we would come back for them and we shall. That is what I am doing. We have got a third of the way. We have just 130 kilometres to reach Deir ez-Zour.”

An Isis radio station went on the air a few days ago and many of the soldiers heard it. “They said they were still winning and our soldiers in the desert heard it,” General Khadour said. “Isis said: ‘We have captured a major in the army and destroyed a tank of the regime and killed a lot of ‘pigs’ [soldiers].’ We all laughed. It was a lie. We have no one captured; we have not lost a tank. We are winning.”

But the Syrians are of course taking casualties. On a small hill captured only 24 hours earlier, General Sbeh told me he had two soldiers “martyred”, one of them an officer, and others wounded. But he said that Isis was now retreating to Mayadeen, along with some of their families. These Syrian officers are dismissive of American power – their army has certainly advanced in the desert faster than the US-supported and largely Kurdish “Syrian Democratic Forces” east of the Euphrates when they approached Raqqa – and dismissively list the American airbases on Syrian soil. “We know their bases are outside Hasakeh, and at Al-Ermeilan, Al-Shedadeh and Ein al-Arab [Kobani] and other places – but these are temporary,” Khadour says. “They cannot stay there.”

The general says he will never retire – like many soldiers, I suspect he likes fighting too much – and he says he will never give up till the end of his life. We first met in Aleppo five years ago when he was defending the middle-class Saef al-Dawla district. “We did not know whom we were fighting then,” he says. “They had no tactics and we had much to learn. Then they would start getting sophisticated equipment from the West and we had to adopt our tactics. Now we are fighting in the desert.”

And therein runs a tale. For the Syrian Army was trained – always – to fight Israel on the Golan Heights, to go to war in cooler climates, to head south. But now it is fighting its way east in arid lands that resemble those of the Iran-Iraq war – indeed of the Second World War in Egypt and Libya – and it has become a desert army.

Khadour ponders this for some time and then looks across the destroyed modern metropolis of Palmyra. In Roman antiquity, Queen Zenobia ruled this ancient city, infuriating the empire with her arrogance and independence. No civilian has returned to Palmyra. The general gazes across the smashed hotels and villas and shops and laughs mirthlessly. “Why did Zenobia ever come here?” he asks.