You are here: Home / MidEastGulf / ISIS prevents women and children of Hīt from leaving and takes them as human shields 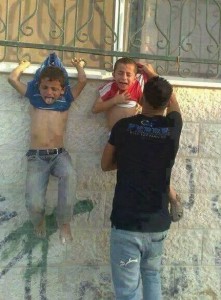 The Islamic State of Iraq and Syria “ISIS” organization has prevented on Thursday, residents of Hīt city western Anbar (especially women and children) from leaving, according to Shafaaq, and has imposed harsh punishments, as reported by activists.

“ISIS organization started to prevent people in Hīt to enter and leave from it and put harsh sentences to take them as human shields ,” Activists from Anbar said in a telephone call to “Shafaq News”.