You are here: Home / MidEastGulf / ISIS plans to attack Kirkuk with 300 suicide bombers 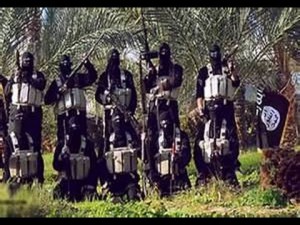 Iraqi media outlets reported on Monday, that the arrested ISIS official that leaded the attack on Kirkuk on Friday revealed that the ISIS group is planning to attack the province of Kirkuk with 300 suicide bombers.

Al Mada Press stated, “The leader of the attack that was launched by the ISIS on Kirkuk on Friday, confessed that the group is planning to attack the province again.”

“The arrested leader confessed that 300 ISIS suicide bombers are ready to participate in the attack that will be launched on the province,” Al Mada added.

Earlier today, supreme security committee in the province of Kirkuk announced arresting the leader of the attack launched by the ISIS on the province, while emphasized killing 74 members of the ISIS.

On Friday, ISIS members attacked Kirkuk and captured a number of areas, before the security forces manage to foil the attack.