The Islamic State produces potent propaganda, inspiring tens of thousands of Muslims to travel to Syria to fight and encouraging other Muslims to launch attacks in their home countries. The propagandists also try to brainwash those unfortunate enough to be under the group’s thumb, Charlie Winter writes. 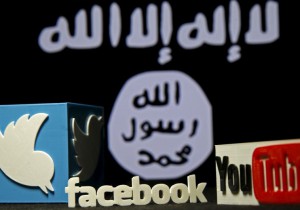 In the last few years, the Islamic State has expended a staggering amount of energy in pursuit of a position at the top of the global jihadist food chain. Given its sustained control over of huge tracts of land in Iraq and Syria, declaration of a transnational caliphate, and wide-ranging assaults against civilians from Paris to Jakarta, some would say it has achieved this with remarkable efficiency. However, being at the top of the food chain comes with consequences and, in recent months at least, things have not been going the Islamic State’s way: its leaders are being killed, injured or captured at a rate of knots, its financial infrastructure is being decoded and undermined, and foreign fighters are facing more obstacles than ever before.

Though it is safe to say that the Islamic State is not going anywhere anytime soon, its future prospects are no longer burning so bright.

Unless, that is, one looks at its propaganda. Indeed, according to its official media, life is good in the Islamic State’s caliphate: flowers are blooming, industry is booming, and the conquest of Rome is (still) looming. Yes, there may have been “tactical retreats” from areas that were once strongholds, but these were just to facilitate offensives elsewhere. And, yes, airstrikes have been destroying infrastructure and killing soldiers (and, it is claimed, civilians) on a daily basis, but the “security services” are on top of this, identifying and eradicating “spies” in droves, with typical gory fanfare. All this talk of lost territory and dwindling finances, the official line goes, is just “Crusader”-coalition agitprop—times are tough, but that is because the Islamic State is at war, not because it is losing.

Outside its heartlands, it is easy for most to see through such claims. Coupled with the fact that its propaganda has become increasingly more difficult to access online, the mainstream media view on the organization’s trajectory has shifted. Now, for the most part, the common conception is not that the caliphate is in ascendancy, but that it is on a downward—albeit dangerous—trajectory.

In the territories that the Islamic State holds dear, though, the story is very different. In these places—its propaganda narrative more pervasive—the situation is borne of an offline media strategy that has, for a long time, been almost totally obscured by the world’s fixation on its online equivalent. The strategy revolves around two mechanisms: the proliferation of Islamic State-friendly legacy media and the eradication of free access to information.

In pursuit of the first, the offline repertoire of the Islamic State has become formidable indeed. While its propagandists may now be facing resistance on the Internet, they seem to have been flourishing offline in the caliphate heartlands. Night and day, the al-Bayan Radio station broadcasts its programs on shortwave frequencies from central Libya to eastern Iraq, with programs ranging from news bulletins and “history lessons” to on-air fatwas and call-in medical clinics. The formerly-annual al-Naba’ newsletter has metamorphosed into a weekly newspaper issued on Saturdays, complete with exclusive interviews, opinion pieces, and infographics. The al-Himma Library’s theological tracts are delivered to fighters and civilians alike by hand, and photographic and video reports are more ubiquitous than ever.

This hyperactive proliferation strategy has been in large part facilitated by the humble-sounding “media point,” an Islamic State experiment that began—according to a recent special feature in al-Naba’—as a single aluminum shack in Manbij, Syria, but that has since come to be a fundamental pillar of the organization’s public relations that, to borrow from John Cantile’smost recent script, “works to expose the lies and propaganda that the Western media continues to peddle.” At once publishing houses and open-air cinemas, “media points” are a place where literature can be downloaded and dispensed, USB sticks stocked up with images of utopia, military momentum and gore, and videos projected back-to-back before audiences of dozens. Sometimes mobile, they enable the Islamic State to extend its reach, infiltrate its message into remote regions with no online infrastructure, and sustain a constant information presence in population centers. What’s more, the implementation of the “media point” project shows no signs of abating: in Nineveh Province, an Islamic State media official interviewed byal-Naba’ claimed there are more than 60 of them, with the ‘Amaq news agency adding that there are 25 in the city of Mosul alone.

All this proactivity has been complemented by Islamic State’s gradualist censorship policy. The Internet, while still technically accessible, is, in many places, now only available under the watchful gaze of the Islamic State’s intelligence services (even for foreign fighters). Satellite dishes, which were recently renounced as “the enemy within” due to their alleged ability to “corrupt and dilute religion,” have been subjected to a caliphate-wide banning order, and competing radio stations are being muscled off airwaves by the expanding al-Bayan network. In short, in areas where its political and military control is most absolute, the group is doing all it can to suffocate other channels of information and seize an information monopoly.

The application of this offline media strategy has been far from homogenous—for example, it does not seem to have taken root anywhere outside of Islamic State strongholds in Syria, Iraq and, to a lesser degree, Libya. Whatever the case, though, in the regions where it is being implemented, the implications are troubling. Regardless of whether or not the myths being peddled are believed, the constant cranking of the media machine has the effect of buoying morale among supporters and entrenching despair among potential dissenters. Conspiracy theories run amok as understanding of the coalition’s aims and tactical progress is drowned out by the unrelenting torrent of Islamic State media.

This is totalitarianism at work, pure and not-so-simple. In much the same way as Hitler and Stalin’s propagandists did, the Islamic State’s media team is seeking to exact control over its audience by making the message of expansion and utopia the only constant. With that in mind, while there is some cause for optimism in the fight against al-Baghdadi’s bastardization of the Islamic caliphate, this optimism must remain restrained. Beating the Islamic State militarily solves but one piece of the ever more complicated puzzle.