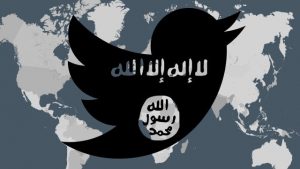 The Digital Media Center in Iraq revealed an increase in the number of accounts belonging to the so-called “Islamic State” (ISIS/ISIL/IS/Daesh) and their supporters on social media platforms, especially Facebook, like reported by zerohedge.com.

The center said in a press release that “this return came during the past months that accompanied the coronavirus pandemic and led to a delay in the response of Facebook’s support to delete accounts.”

“The members of ISIS and those who support them took advantage of the opportunity and started creating new accounts or reactivating old accounts, and they published and promoted their terrorist operations through the platform,” Iraqi media monitoring watchdog said.

The Center warned users not to interact with these posts even if it was criticizing them through comments or sharing them, which leads to unintentionally free promotion.

The official government-run Iraqi Counter-Terrorism Service also echoed the warning, alerting the public to the “growing number of accounts of ISIS members and supporters on social media platforms, especially Facebook.”

In January of this year, a United Nations warning was issued as follows:

Islamic State has begun to reassert itself in its heartlands in the Middle East and continues to seek opportunities to strike in the west, the United Nations has said.

A report to the UN security council based on recent intelligence from member states describes how the group is mounting increasingly bold insurgent attacks in Iraq and Syria, calling and planning for the breakout of its fighters from detention facilities and exploiting the weaknesses of local security forces.

The report portrays an organisation that has suffered significant setbacks but is tenacious, well-funded and still poses a considerable local and international threat.

Iraq’s counter-terrorism forces further called on users to make “the necessary concerted efforts to counter the terrorist tide through extensive reporting of these accounts so that Facebook closes them.”