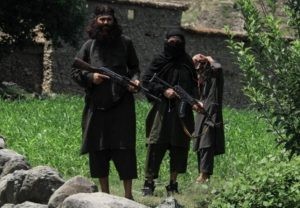 At least 13 seminary teachers were abducted by the loyalists of the Islamic State of Iraq and Syria (ISIS) terrorist group in eastern Nangarhar province, local officials said Sunday to khaama.com .

The officials further added that the incident took place in Haska Mina district after a group of ISIS militants stormed into a religious school in Deh Bala area.

A local official speaking on the condition of anonymity confirmed that the 13 abducted teachers were taken to an unknown location.

The loyalists of the terror group have not commented regarding the report so far.

Provincial governor’s spokesman Ataullah Khogyani confirmed the incident and said no casualties were incurred to the local residents but an official in Kot said the loyalists of the terror group torched the houses of those who refused to pledge allegiance to them.

The latest movements by ISIS loyalist in Nangarhar come as the terror group received major blows during the counter-terrorism operations during the recent months.

Both the Afghan and US forces conducted regular strikes against the loyalists of the terror group in this province.

The increased raids, usually involving drone strikes, by the US forces followed a broader role granted by the Obama administration earlier last year.

The broader role was granted amid concerns that the loyalists of the terror group are attempting to expand foothold in the country and turn the eastern Nangarhar province into a regional operational hub for its fighters.