You are here: Home / Mediterranean / ISIS militants have attacked an army checkpoint in Sinai killing 12 soldiers 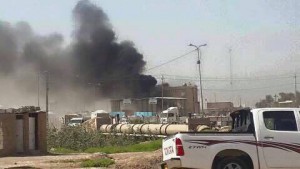 The attack, which hit a military base in the coastal city of al-Arish in northern Sinai, also wounded six other soldiers.

The injured have been evacuated to a military hospital nearby.

The attack took place 25 miles away from the town of Bir al-Abd, making it the first major attack in the central Sinai area.

Central Sinai had so far escaped a campaign of Islamist attacks.

It was carried out using assault rifles and some heavier weapons, the sources said.