You are here: Home / West Asia / ISIS militants blown up by own explosives in East of Afghanistan 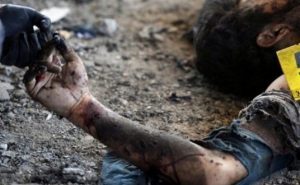 At least three militants affiliated with the Islamic State of Iraq and Syria (ISIS) terrorist group were blown up by own explosives in eastern Nangarhar province of Afghanistan, like reported by khaama.com.

The local security officials said the incident took place late on Sunday in the vicinity of the restive Achin district.

The officials further added that the militants were looking to plant an Improvised Explosive Device in Ghani Khel area when the incident took place, leaving three of them dead.

The anti-government armed militant groups including the ISIS militants have not commented regarding the report so far.

The anti-government armed militant groups frequently use explosives materials for the roadside bombings and car bombings to target the government staff and security personnel.

However, in majority of such incidents the ordinary civilians are targeted besides such bombings incur casualties to the security personnel and in some cases the Taliban militants themselves are killed or wounded.

Earlier, a senior leader of the Pakistani Taliban, Tehrik-e-Taliban Pakistan (TTP), was killed in an explosion triggered by own explosives in eastern Kunar province of Afghanistan.

The 201st Silab Corps of the Afghan Army said the Taliban leader Jan Wali who was also famous as Ahmad Sheena was killed in Shaltan district late in December.