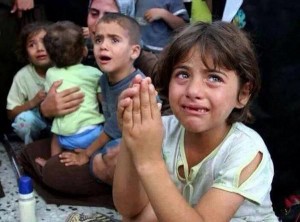 An official of the Kurdistan Democratic Party said Sunday, that the ISIS militants kidnapped 111 children from the city of Mosul and has entered them in military and intellectual training, noting that the ISIS abducted more than 1420 children since last year in order to use them in terrorist and intelligence operations.

Saeed Mamouzini, an official of the Kurdistan Democratic Party, stated in a interview for IraqiNews.com, “The ISIS kidnapped 111 children from Mosul City and entered them in military and intellectual training,” pointing out that, “The children are aged between 10 and 15 years old.”

He also added, “The ISIS militants has detained 78 parents of the abducted children for the opposition to the kidnapping of their children,” indicating that, “ISIS kidnapped more than 1420 since its control over Mosul and has trained them militarily and intellectually.”