A Islamic State (ISIS) terror cell of migrants were preparing to strike Germany with a list of dates and places to blow themselves up when they were arrested, a court heard 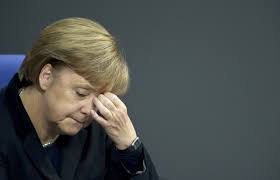 The detailed plan was found when police swooped on a group of four Syrian men who were ready to attack Dusseldorf, the German Federal Court of Justice (BGH) said in a ruling, like reported by express.co.uk .

They had planned an attack on a Friday or Saturday “because the old city centre of Dusseldorf is particularly busy on these days”, the hearing to extend custodial questioning time on the men heard.

Two of the men were going to blow themselves up in the city centre on neighbouring streets while the two other men would position themselves at the four exits of the old section of the city to “shoot as many fleeing people as possible before also blowing themselves up when their magazines were empty”, the court heard.

One of the men, Saleh A, blew the group’s cover after handing himself in to Paris authorities and telling them of the plan in February last year.

Counter-terror police in Germany then arrested the other three men on June 2 after raiding refugee shelters in the states of North Rhine-Westphalia, Baden-Württemberg and Brandenburg.

Saleh A had been given detailed instructions to carry out the attack while he was at a meeting in the ISIS stronghold of Raqqa, Syria, where several of the terror group’s leaders were present.

A German ISIS jihadi, who had lived in Düsseldorf, gave Saleh A a sketched map of the city.

The finishing touches of the plan were meant to be discussed in the southern German city of Heidelberg, but Saleh A handed himself in before that.

The news comes at a bad time for Germany’s security services who have been criticised for being lax on security, especially after Tunisian migrant Anis Amri was allowed to slip through the gaps despite being on a terrorist watch list months before he carried out a deadly attack on a Berlin Christmas market last month.

Ralf Jäger, North Rhine-Westphalia’s interior minister, came under fire from Conservative opposition earlier this week for the slip-up which cost 12 people their lives.

Joachim Stamp, from the Free Democrats (FDP), accused Mr Jäger of “pushing away” responsibility for the security authorities’ failures after they monitored Amri for several months before deciding he did not pose any real danger.

He said Mr Jäger was “no longer qualified to investigate” the circumstances surrounding Amri.

German Chancellor Angela Merkel has also come under fire for backing an open-door migrant policy which let more than 1.1million migrants into Germany in 2015.

The move has caused much friction within communities, with mass sexual assaults on New Year’s Eve both in 2016 and 2015.

Authorities have also been heavily criticised after it was revealed three jihadis seen as a security threat had fallen off the radar.

Nearly 550 people in Germany are considered an Islamist terror threat, with more than a third from North Rhine-Westphalia where Cologne and Düsseldorf are located.