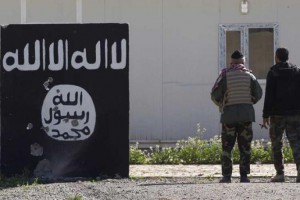 Families from the UK and across Europe are being allegedly lured to war-torn Syria by dreaded Islamic State terrorist group by offering them homes with the latest kitchen appliances as well as paying them more for each extra child they bring.

“All your basic needs are catered for so you can bring your family and go fight with no stress on your mind,” The ‘Sunday Times’ quoted the IS recruiter as telling would-be recruits.

The terrorist group is offering to accommodate groups of relatives in homes fitted with the latest kitchen appliances, as well as paying fighters more for each extra child they bring.

The incentives have been mentioned by Omar Hussain, a former supermarket security guard who now acts as an Islamic State for Iraq and the Levant (ISIL) propagandist in western Syria.

A string of families from Britain, including 12 Bangladeshi-origin relatives from Luton and another 12-member family from Bradford, have travelled to Syria over the past year.

It now appears that some – particularly those from poorer backgrounds – may be driven by materialistic desires as much as religious zeal, the report said.

Foreign fighters are armed by ISIL and paid a monthly wage of around USD 500 (320 pounds) – reportedly up to five times as much as local recruits.

Hussain writes on his blog: “They also pay you additional money to support your wife, and if you have children, then this monthly wage increases per every child.”

“If this isn’t enough, then Dawlah (Islamic State) also provides your family with the basic household items, such as a washing machine, fridge, cooker, carpets, mattresses and some other kitchen items,” the blog said.

UK government estimates believe at least 700 British Muslims have been recruited by ISIS and other jihadist groups in Syria and Iraq.

Among them is believed a 32-year-old to Indian-origin British citizen, Siddhartha Dhar, who reportedly travelled to Syria with his pregnant wife and four children in September 2014 while on police bail.