You are here: Home / MidEastGulf / ISIS leaders transfer by 24 bus their families from Mosul into Syria 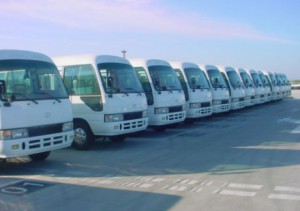 Media official of the Kurdistan Democratic Party Saeed Mamouzini revealed on Wednesday, that ISIS has transferred 75 families of the leaders of the organization from Mosul into Syria.

Mamouzini said that “75 leaders from ISIS transferred their families from Mosul to Syria,” noting that “those families have been moved by 24 bus.”

Mamouzini added:”Up till now, the reasons for this decision have not been known,” indicating to ” the escape of 23 elements of the organization to Syria last week.”