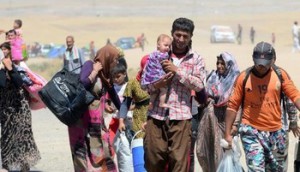 According to local news agencies, the 54 families have been attempting to move secretly to Alam district in Tikrit province, but were noticed by ISIS insurgents near Hamrin mountains.

The kidnapped families mostly consist of children and elderlies, and their whereabouts remain unknown until now.

Since the emergence of ISIS in Iraq in 2014, the brutality of the terrorist group has forced millions to flee their homes, while hundreds of thousands remain in their area and suffer the harsh restrictions.

After the liberation of Ramadi in Western Iraqi province of Anbar last December, retreating extremists took scores of civilians to allegedly use them as human shield.