You are here: Home / Mediterranean / ‘ISIS is planning a major attack in Israel’

ISIS affiliate in Gaza claims ISIS will increasingly focus on US and Israel, promises a major attack in Israel is only a matter of time. 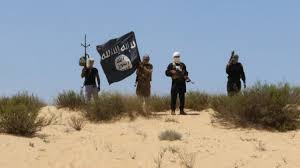 While Islamic State (ISIS) attacks in Europe and massacres in Syria and Iraq have dominated the headlines in recent months, the radical Islamic terror group may be shifting its focus, placing a greater emphasis on Israel and the United States.

Al-Ansari, who is believed to have close ties to ISIS, emphasized that the terror organization would be focusing on Israel and the US, and viewed those two nations as its primary enemies in the pursuit of an Islamic caliphate.

Perhaps most disturbing, however, are reports that ISIS is building an extensive terror infrastructure along Israel’s southern border. Taking advantage of the minimal Egyptian presence in the Sinai, Wilayat Sinai, an affiliate of ISIS, has expanded its capabilities for a potential attack on Israel.

“I can confirm that it is only a question of time when there will be a big operation in Eilat and in the south of Israel. The Wilayat Sinai will be the ones responsible for the confrontation with Israel.”

Speaking with Israel Army Radio, Yehuda Cohen, the commander of the IDF’s Sagi Brigade which secures the border with Egypt, admitted that such an attack was indeed likely.

While Israel has hitherto been spared the horrors ISIS has inflicted on Syria and Iraq, ISIS activity against Israel has been on the rise in recent months. In February a Sudanese national, allegedly inspired by ISIS, stabbed and wounded an Israeli soldier, becoming what is believed to be the first ISIS attack in Israel.

Earlier in March a suicide bomber affiliated with ISIS bombed a popular shopping center in Istanbul, murdering three Israelis and wounding dozens after tracking the Israeli tourists from their hotel.

Just this Monday two Arab residents of Jerusalem were charged with planning bombing attacks on Jerusalem for ISIS.