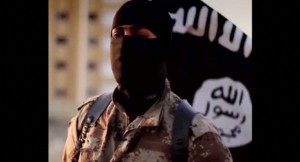 Interpol chief Jurgen Stock said that more than 4,000 foreigners are believed to have joined jihadist groups battling in Syria and Iraq.

He told an anti-terror conference in Barcelona that there had been a huge surge in the number of foreign fighters identified by the organisation.

“In September 2014 less than 900 foreign terrorist fighters had been identified by Interpol. Today, in less than a year, more than 4,000 profiles are available in our database,” Stock said, reports AFP.

He told representatives of police forces from around the world that they needed to open information they have on suspected jihadists and jihadist circles to transnational law enforcement agencies such as Interpol.

“We must remember that while information is increasingly being shared across borders, it is much slower than it takes for foreign terrorists to recruit and travel to and from conflict zones,” he said.

“A gap still exists between the number of foreign terrorist fighters we have identified and those estimated to have reached conflict zones. We need to work to close this gap,” he added.

In May, Stock warned of a “cross pollination” of conflicts beyond Syria and Iraq, with extremist organisations in Africa and Asia pledging allegiance to Islamic State (Isis).

A recent UN report also recorded an increase in the number of foreign fighters joining jihadist groups, with 25,000 people from more than 100 countries linking up with organisations in Syria and Iraq.