You are here: Home / West Asia / ISIS in the Philippines: a threat to US interests 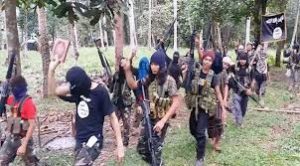 On 23 May 2017, several hundred militants acting in the name of the Islamic State seized control of a portion of Marawi City, in the southern Philippines, after months of preparation and stockpiling of arms and munitions, like reported by hoover.org. The group was led by Isnilon Hapilon, a member of the Islamic extremist Abu Sayyaf Group whom ISIS named its Emir for Southeast Asia.  Isnilon Hapilon used ISIS’s extremist ideology to galvanize support amongst several disparate extremist groups, most notably Omar and Abdullah Maute, who founded Dawlah Islamiyah. Of an estimated 700 militants involved, approximately 5-10 percent are believed to be of foreign origin – mostly from Indonesia and Malaysia- but according to Philippine Security Force reports, the militant group also included fighters from the Middle East, Chechnya, India and Morocco.

The Armed Forces of the Philippine (AFP) deployed some of its most elite forces to wrest back control of the city but have met stiff and determined resistance. The militants occupied buildings and could traverse the city via underground tunnels built by the Mautes’ own construction company. Trained and experienced in jungle fighting, the AFP suffered severe casualties in the difficult block to block urban fight that ensued. While the superior forces of the AFP will most certainly clear and retake Marawi in the coming weeks, the costs in terms of government and civilian casualties- as well as damage to Marawi’s infrastructure- have already been severe. At the time of the writing of this essay, over 140 government troops have been killed and more than 1,500 have been wounded.

What does this ISIS attack and protracted siege of portions of Marawi tell us about the threats such militant groups pose to stability in the Philippines? To what extent should Islamic militancy, like that which we see in the southern Philippines, figure into the larger calculus of US strategic interests both in the Philippines and in the broader region? In this essay, I strive to provide brief answers to these questions and offer recommendations for what can be done to better address the rising threat posed by extremist groups in the southern Philippines and advance our strategic interests in the region.

In summary, I argue that the attacks in Marawi are a wake-up call that ISIS will continue to exploit opportunities to conduct attacks outside of Syria and Iraq and that the southern Philippines and other areas in the Southeast Asia region are particularly at risk. The U.S. must factor the destabilizing effects of this growing militancy in to its assessment of how it will protect and defend its long time treaty ally as well as pursue its broader strategic interests in the region. Near term support to the Philippine military operations aimed at winnowing the pool of militants is critical, but it must be accompanied by holistic efforts to address the underlying conditions that allow militants such as those in Marawi to gain footholds and continue to spread violence and instability in the longer term.

Islamic rooted militancy has a long and bloody history in the Philippines. Some argue that it dates as far back as 1521 when Ferdinand Magellan landed on Mactan island near Cebu and was killed, along with a number of his men, by Lapu Lapu, a local chieftain that some allege was a Muslim Datu.1 The subsequent Spanish colonization of the Philippines and attempts to spread Christianity, while successful throughout much of the archipelago, faced strong resistance in the south. The centuries-long struggle of the Muslim Filipino– or Bangsamoro- for independence from Christian-dominated rule continued under US colonial rule and persists in some form today. Its more recent incarnations include the Moro National Liberation Front (MNLF) which signed a tenuous peace agreement in 1996, establishing the Autonomous Region of Muslim Mindanao (ARMM) after a bloody struggle for independence;  its splinter group the Moro Islamic Liberation Front (MILF) continued to fight for a separate Islamic state after the 1996 ARMM agreement. The persistent widespread popular grievances and sense of disenfranchisement by Filipino Muslims make parts of the southern Philippines particularly vulnerable to both overt and passive support for a range of Islamic militant groups operating in the few areas of southwestern and central Mindanao island and Sulu province where a sizable Muslim majority population remains.

So what do the recent ISIS inspired attacks tell us about the threats such militant group pose to stability in the Philippines?

These attacks confirm that this threat is real- and it will not be limited to Marawi. Through its funding and unifying extremist ideology, ISIS is credibly demonstrating its global reach, and we can anticipate future attacks and violence. The Philippines, along with its neighbors Indonesia, Malaysia and other countries across Southeast Asia, are at risk, and this risk is increasing.  As ISIS nears defeat in Iraq and Syria, combat experienced militants are returning to Southeast Asia. We know that ISIS recruiters are increasingly directing and facilitating aspiring militants from the region to join the Jihad in the southern Philippines – a much shorter and less risky trip than traveling to far off Syria and Iraq. To date, it is estimated that between 40-60 fighters from Indonesia and Malaysia have traveled to the southern Philippines. Foreign fighters from the Middle East, Central Asia and Africa are also believed to have traveled there as well, but so far there has been no physical evidence to back up these reports.

While the flow of foreign fighters and funding from outside the region is of grave concern, the vast majority of militants fighting in Marawi, and the funds and resources supporting them, are local in origin.  It is estimated that approximately 90% of the ISIS militants in Marawi are native to the Philippines and while ISIScentral is believed to have provided sizable infusions of cash in excess of one million dollars, the overwhelming majority of the funding comes from local sources such as kidnap for ransom operations, criminal extortion, low-level narcotics trafficking, and local donations from those disillusioned by the central government and sympathetic to the militants’ cause.  Of particular concern, ISIS provides a narrative and unifying cause that has been able to attract members and support from across other Islamic extremist groups in the Philippines such as the Abu Sayyaf Group (ASG), Bangsamoro Islamic Freedom Fighters (BIFF), Maute Group (Dawlah Islamiyah), and Ansar al-Khilafah in the Philippines (AKP).

How should we assess threats to US strategic interests posed by Islamic militancy both in the Philippines and in the broader region?

As the recent anniversary of the tragic events of 9/11 reminded us, safe havens that allow terrorists to train and prepare for attacks can pose an existential threat to the United States and its interests around the world. The numbers of ideologically committed militants operating in the southern Philippines may be relatively small, but it only takes a small number of trained and motivated extremists to do significant harm.  Consider the 19 terrorists responsible for the execution of the 9/11 attacks. For a regional example, look to Jemaah Islamiyah – an Indonesian terrorist group known to have members train in the southern Philippines. A handful of JI militants executed the deadly Bali bombing in 2002 which killed 202 people, including 88 Australians.

But the threat to US interests posed by these militant groups extends well beyond terrorism. The Philippines is an important treaty ally, and the US partners with her to pursue a range of mutual strategic interests in the region. Militant groups like ISIS are exacting a huge toll on the Philippines’ military capabilities and costs to its economy – capabilities and resources that could be directed towards providing external security and protecting its sovereignty.

As this century’s threats to international security and the rules based order unfold, it is clearly in our strategic interests to maintain the health and viability of our alliance partners like the Philippines and to work closely with other partners in the region like Malaysia and Indonesia to interdict terrorists and other transnational threats and to enforce international law. Stronger economies and militaries mean more capable and effective partners in this global fight. Extremist terrorists threaten these interests.

What can be done to address these threats?

The militants fighting in Marawi have crossed the line and will cause trouble wherever they go if they are able to escape. Those captured and imprisoned may also be a problem, should they contribute to radicalization efforts from within prison.  In the near term, the US and other partners should continue to respond to Philippine requests to provide enablers such as intelligence and surveillance support to help the Philippine military identify and locate these terrorists and improve their capacity to interdict them.

Following the end of the fighting in Marawi, the US and other partners will have the opportunity to support reconstruction and resettlement efforts in this conflict ravaged town.  Swift and concerted efforts will be needed to rebuild Marawi’s infrastructure and facilitate the return of the over 500,000 displaced persons that have fled the fighting. These efforts will also help deny the extremists’ narrative that the Christian Filipino government- and international community- do not care about Muslims and are unwilling to help them.

Beyond providing assistance to the Philippines, we can encourage cooperation between other countries in the region such as Malaysia and Indonesia in tracking militants across their porous borders such as those running south from Mindanao in the tri-border region in the Sulu and Celebes Sea. For example, developing and making available a shared data base on known or suspected militants in the region that all countries in the region can access would go a long way toward facilitating effective tracking of these individuals and empowering law enforcement organizations throughout the tri-border region to apprehend them.

Importantly, the risk factors that made Marawi an ideal target for ISIS to attack and occupy are largely local in nature. Mao’s famous dictum that insurgents are the fish and the population is the sea in which they swim applies here. Disenfranchised Filipino Muslims who are dissatisfied with their government’s ability or willingness to address their needs are more inclined to provide tacit, and sometimes direct, support to anti-government activities. Some number of residents of Marawi, for example, were surely aware of militants stockpiling arms and munitions in the lead up to the siege, but they opted not to alert authorities. Enduring solutions to the Islamic militancy problems in the southern Philippines must include efforts that address root causes of conflict in the region e.g. restarting the stalled peace process and funding programs that help build the legitimacy of the central government.

Attrition of active ISIS militants still fighting in Marawi is critical, and the US is right to provide enablers to its treaty ally when requested in support of these ends.  But addressing the conditions that drove many of these militants to violence and will drive the next generation to similar ends must complement these efforts, if any enduring solutions are to be achieved. The US stands ready to support her close ally and work with other partners in the region to address both the symptoms and root causes of these terrorist threats going forward.