You are here: Home / Europe / Isis in Europe: 40 imams expelled from France for spewing hatred 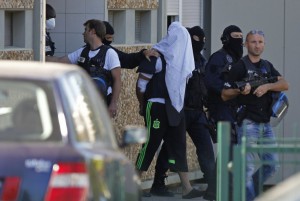 Forty Muslim imams have been booted from France for preaching hatred, reports AFP.

That’s the total number of imams ejected since 2012; 10 have been kicked out in just the last six months, said Interior Minister Bernard Cazeneuve.

“Foreign preachers of hate will be deported,” and their mosques “will be shut down” if they are found to be inciting hatred among Muslims, vowed Cazeneuve.

He promised to crack down on messages of hate against non-Muslims in the wake of thebeheading of a French factory worker and the deadly attack earlier this year on satirical weekly Charlie Hebdo that killed five workers.

Muslim Yassin Salhi confessed to beheading his boss and then attempting to trigger an explosion at an American gas factory in south eastern France, said officials. He sent a selfie of himself with the head and sent it to a phone number believed by investigators to be linked to a French jihadist in Syria.

It wasn’t immediately clear if he had been radicalised by an imam. He was known to be linked to radical Islamists, but sources told AFP that the attack also was likely motivated by a personal problem with his boss, with whom he had argued just two days before the killing.

“There is no doubt of the personal motivations but there is a symbolism taken from the most atrocious, abject images of terrorism,” said Cazeneuve.