You are here: Home / Senza categoria / ISIS in America: 56 arrests in U.S. this year related to Islamic State 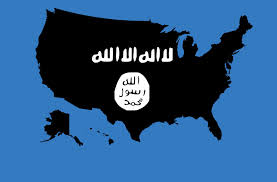 U.S. authorities this year have arrested nearly five dozen people in the United States for helping to support or plot with the Islamic State, according to a new study, the largest number of terrorism-related arrests in the country in a single year since September 2001.

The Islamic State recruits defy any single profile, the study found, although they are younger than previous terrorism suspects, draw heavily on converts to Islam and reflect increasingly prominent roles for women in the terrorist organization.

A demographic snapshot of the 71 individuals arrested on charges related to the Islamic State since March 2014, including 56 this year, emerged from a comprehensive review of social media accounts and legal documents of nearly 400 U.S. sympathizers of the Islamic State conducted by researchers at George Washington University.

The volume and diversity of those arrested underscore the growing challenge the FBI and local law enforcement agencies face in trying to identify, monitor and, if necessary, apprehend suspects at a time when the Islamic State has sharply increased its appeal to Westerners through Twitter, Facebook and other social media.

“The individuals range from hardened militants to teenage girls, petty criminals and college students,” said Lorenzo Vidino, the director of the university’s program on extremism, which conducted the study. “The diversity is staggering.”

The report, titled “ISIS in America: From Retweets to Raqqa,” was made public Tuesday .

Even before the recent attacks in Paris, at least three dozen people in the United States suspected of ties to the Islamic State were under heavy electronic or physical surveillance, according to U.S. officials. Those under investigation typically have little terrorism expertise or support from a cell, making it even more difficult for the authorities to predict or detect who might carry out a strike.

“For law enforcement, it’s extremely difficult to determine who makes a big leap from keyboard jihadist to doing something,” said Vidino, who has studied Islamism for 15 years.

The people in the George Washington University study ranged from a 15-year-old boy to Tairod Pugh, a former Air Force officer who was 47 at the time of his arrest. The average age of the American supporter of the Islamic State was 26, the report found, reflecting a pattern unfolding in other Western countries as social media attracts younger recruits.

John P. Carlin, the assistant attorney general for national security, has said that of the terrorism-related arrests in the past 18 months, mostly involving the Islamic State, 80 percent of those arrested were younger than 30, and 40 percent were younger than 21.

According to the study, about 14 percent of those arrested were women, and the vast majority were American citizens or permanent residents, emphasizing the homegrown threat the authorities are combating, compared with foreigners infiltrating the country.

Some 40 percent of those arrested were converts to Islam, a larger representation among U.S. supporters of the Islamic State than the 23 percent of American Muslims over all who are converts, according to the study.

Slightly more than half of those arrested had tried to travel abroad, most likely to Iraq or Syria, or were arrested during their travels to conflict zones, the report said. At least seven Americans have died fighting with the Islamic State in Iraq or Syria.

But U.S. authorities have recently detected a trend that they believe shows the impact of the group’s new message to stay at home and carry out attacks there: There has been a significant drop in the number of Americans seeking to go to Syria and Iraq to join the group. Counterterrorism officials say that since July an average of two Americans a month have tried to travel or successfully traveled to Islamic State territory, compared with nine a month over the previous year.

More than half of those charged were arrested in an operation involving an informant or an undercover agent, the report said, a tactic that has caused tensions between the FBI and some in the American Muslim community.

The story of a newlywed Mississippi couple arrested in August as they began a trip to Syria to join the Islamic State illustrates several of these trends.

The couple, Jaelyn Delshaun Young, 19, and Muhammad Oda Dakhlalla, 22, were on their way to the airport in Columbus, Miss., when they were arrested by FBI agents after unwittingly making travel plans with undercover federal agents on social media that included discussing a trip to Syria via Greece and Turkey as a honeymoon ruse.

That case was just one of about 900 open inquiries that the FBI director, James B. Comey, said were related to the Islamic State. Most of them have not become wide-ranging investigations, because they were generated by tips that were not substantiated. According to law enforcement officials, the FBI typically has about 10,000 open counterterrorism inquiries.

The Islamic State’s use of social media to recruit followers has been widely reported, but Vidino said the study found that paths to radicalization were varied: Some responded to online propaganda, while others sought meaning in like-minded groups who actually travel to Syria and Iraq.

Much of the study’s research focused on the Twitter activities of about 300 individuals identified as American supporters of the Islamic State. Nearly a third of those accounts are purportedly operated by women. The U.S. Islamic State adherents who traveled to war zones posted real-time updates of their exploits, the report said, and at times scolded supporters of the group back home “for their lack of commitment to the cause.”