You are here: Home / West Asia / ISIS in Afghanistan is only a rebrand of militants already in battlefield 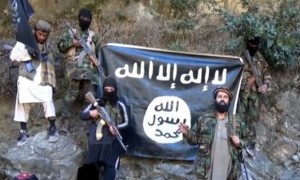 The US Secretary of Defense Ashton Carter said Thursday that the Islamic State of Iraq and Syria (ISIS) terrorist group is a rebrand of the militants already in the battlefield.

“What we see frequently in Afghanistan with ISIL is a rebranding of those already on the battlefield, now adopting this new name they regard as a better replacement for a name they had in the past,” Carter said.

Carter also added that “Other things are going on. After considerable encouragement from us, Pakistani security forces are more active on their side of their border, so some fighters have fled into Afghanistan.”

The remarks by Carter comes as a senior NATO official said earlier that the group does not pose a strategic threat to Afghanistan.

The official further added that both the Afghan government and the NATO take the issue regarding the alleged emergence of the terror group in Afghanistan as “very seriously”.

This comes as there have been growing concerns regarding the expansion of the activities by the terror group in parts of the country.

The social media have been rife with posts published by the pro-ISIS activists recently, which suggests the involvement of the terror group’s affiliates in atrocities, allegedly committed in Afghanistan.

Pentagon also released a report earlier this month that the terror group is likely to continue looking for ways to expand their activities in Afghanistan.

the US forces have noted a few militants re-branding themselves, likely in an attempt to draw media attention, greater resources and more recruits.

“ISIL’s presence and influence in Afghanistan remains in the initial exploratory phase,” the report said, adding that “The Islamic Movement of Uzbekistan has publicly expressed support for ISIL as the leader of the global jihad; however, the Taliban has declared that it will not allow ISIL in Afghanistan.”