You are here: Home / Senza categoria / ISIS has studied the past successes of terrorism all too well 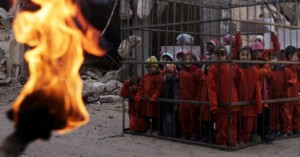 A little after midday an explosion went off at a popular downtown hotel in Jerusalem. Seven bombs placed in the basement had sliced through the six floors above, which collapsed in a massive heap of shattered glass, broken masonry and crushed bodies. The carnage was appalling: 91 people were killed and scores of others injured. Political leaders condemned the attack in familiar terms – an ‘insane act of terrorism’ – vowing that this tragedy would only strengthen government resolve to defeat a ‘vile and treacherous… foe’. There would be no bending to the terrorists’ will, nor accession to their outrageous demands. It was mere senseless violence.

Similarly defiant declamations of terrorism’s futility as a political weapon have long been heard in the aftermath of atrocity. ‘Terrorists can never win outright,’ the Rhodesian prime minister Ian Smith confidently declared in 1977. Following the 1983 suicide truck bombing that killed 241 US Marines in Lebanon, the US president Ronald Reagan proclaimed that ‘the main thing’ is to show that terrorism ‘doesn’t work… [and] to prove that terrorist acts are not going to drive us away’. The UK prime minister Margaret Thatcher described the attempt by the Irish Republican Army (IRA) to kill her at the Conservative Party Conference in Brighton in 1984 as illustrative not only of a failed attack, but of a fundamentally futile strategy. And, in July 2006 the Israeli prime minister Ehud Olmert promised that his government ‘will not give in to blackmail and will not negotiate with terrorists’.

Yet Rhodesia is now Zimbabwe, the US Marines soon departed Lebanon, Sinn Féin’s Martin McGuiness – a former IRA terrorist – has been the deputy first minister of Northern Ireland since 2007, and that same year Olmert reversed himself and approved a deal with Hezbollah that freed five of its imprisoned terrorists in exchange for the bodies of two kidnapped Israeli sergeants. Hezbollah’s domination of Lebanese politics, and the significant role it has played in the country’s government, including exercising effective veto power in the post-2008 national unity government, weakens arguments for terrorism’s strategic futility. Indeed, neither Sinn Féin, the IRA’s long‑denied legal political wing, nor Hezbollah could ever have acquired the power, influence and status they enjoy today if not for their terrorist antecedents.

And it was Menachem Begin, the future prime minister of Israel and winner of the Nobel Peace Prize, who masterminded the hotel attack that killed 91 people as they sat for their lunch in the summer of 1946.

Unlike contemporary terrorist organizations like ISIS, the Jewish terrorists in 1940s-era Palestine neither deliberately nor wantonly targeted civilians. The King David, it should be thus noted, was at that time not just a luxurious hotel but also housed the nerve centre of British rule in Palestine, with four floors of British government, military and intelligence offices. Accordingly, as a symbol of foreign occupation and suzerainty, it presented an irresistible target for Begin and his followers. Its destruction, he believed, would help attract worldwide attention both to the Jewish nationalist struggle and to Britain’s suppression of Zionist claims to independence and statehood. He was right.

The rise of Israel two years later was, of course, the product of many powerful forces in addition to terrorism: diplomacy, negotiation, lobbying, civil disobedience and information operations. But Begin’s success in undermining the foundations of British rule and thereby hastening Britain’s withdrawal from Palestine shows that, despite the repeated denials of governments, terrorism can – in the right conditions and with the appropriate strategy and tactics – succeed in advancing its practitioners’ political agendas.

So while governments regularly decry terrorism as ineffective, the terrorists themselves have an abiding faith in their violence, and for good reason. Terrorism’s intractability is also due to the capacity of terrorist groups to learn from one another. Those terrorist groups that survive the onslaught directed against them by governments and their police, military, and intelligence and security services do so because they absorb and apply lessons learned from their predecessors. Theirs is a trade and they learn it from one other.

The Jewish terrorist group led by Begin, for instance, consciously modelled itself on the IRA, and studied the war of independence that resulted in Ireland’s freedom in 1922. Less than a decade later, the leader of the anti-British guerrilla campaign in Cyprus adopted an identical strategy that secured independence for Cyprus in 1960. Similarly, Algerian nationalists fighting against France followed Begin’s strategy of undermining the pillars of colonial rule in the Battle of Algiers of 1956-57. Indeed, terrorist movements as diverse as later incarnations of the IRA, Yasser Arafat’s Fatah, the African National Congress in South Africa, and the Tamil Tigers in Sri Lanka have all cited the Algerian struggle for independence from France of 1954-62 as a seminal influence on the strategies and tactics that they later adopted.

Begin’s group, the Irgun, was also the first post-Second World War organisation to use spectacular acts of violence to attract international attention to their cause. In an era long before the advent of 24/7 news, the Irgun sought to appeal to a worldwide audience far beyond the immediate confines of their local struggle, and even the ruling regime’s own homeland, to include the United Nations and the US.

The foundations were laid in the 1940s and ’50s for the transformation of terrorism in the late ’60s from a primarily localised phenomenon into the security problem of global proportions that it remains today. For that, we have mostly to thank the extraordinary way in which terrorists learn from one another. Indeed, during the invasion of Afghanistan in 2001, US troops came across a well-stocked Al-Qaeda library: on the shelf was Begin’s book, The Revolt (1951). Like any effective leader, Osama bin Laden wanted to learn from previous struggles against occupying powers. Among these were the Irgun and the example they had set by blowing up a popular hotel, before becoming the legitimate leaders of the new state of Israel. To bin Laden’s mind, at least, the Irgun’s terrorist tactics had worked.

And, since last weekend’s tragic events in France, we know that ISIS unfortunately has also very ably learned from its predecessors. The attacks in Paris combined elements of the 2002 siege of the a Moscow theatre by Chechen terrorists; al Qaeda’s suicide bomb attacks on London transport in 2005; and the simultaneous running gun battles, bombings, arson, and hostage takings carried out by a Pakistani terrorist group in Mumbai, India in 2008. Indeed, the Paris attacks represent the perfect storm of the most sanguinary terrorist tactics launched for the first time in combination and in catenation with another in a crowded major urban centre.