You are here: Home / Senza categoria / ISIS has 300 US ambassadors on Twitter 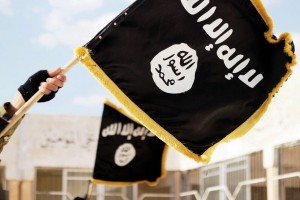 At least 300 Americans, many of them women, are acting as ISIS ambassadors on social media — spreading propaganda and hunting for potential recruits, according to a new report.

Researchers at George Washington University’s Program on Extremism said that Twitter is the platform of choice for U.S. based sympathizers, even though the service regularly suspends accounts that spew ISIS material.

As soon as they are taken down — which is seen as a “badge of honor” — new accounts replace them them within hours and are retweeted by others to bring them up to their previous follower level.

The report identified American ISIS supporters who acted as online “spotters” for the terror gang, and the researchers who monitored those accounts for six months were able to watch recruitment of recently converted Americans unfold in real time.

“In one case the seemingly naïve individual posted general questions about religion, to which ISIS supporters quickly responded in a calm and authoritative manner,” the authors wrote.

“After a few weeks, the accounts of hardened ISIS supporters slowly introduced increasingly ardent views into the conversation. The new recruit was then invited to continue the conversion privately, often via Twitter’s Direct Message feature or on other private messaging platforms such as surespot.”

The report also looked at how U.S. jihadists meet and recruit in person, uncovering small groups of apparent ISIS sympathizers in a number of cities.

“One of them, located in Texas, revolves around a few charismatic individuals and an Islamic studies group. Another, based in the suburbs of a large Midwestern city, appears to be composed of former high school friends and a handful of their acquaintances,” the report said.

Seamus Hughes, deputy director of the Program on Extremism, noted that while American ISIS supporters tend to be male, nearly a third of the accounts they examined were supposedly operated by women.

“They communicate primarily in English, and discuss a wide range of topics, from open support of terrorist attacks to boringly benign banter about everyday life,” he said. “The online scene is a bit of a close-knit clique, where inside jokes are shared, memes are created, and dissenters are quickly ignored.”

J.M. Berger, a social media counterterrorism analyst and co-author of a book about ISIS, said the report’s analysis of offline clusters was eye-opening.

“For all that we talk about social media, there is still a significant role for face to face interaction,” he said.