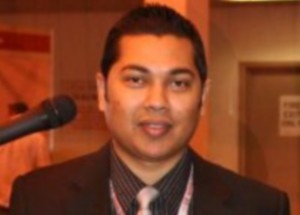 Islamic State’s former chief hacker, who was killed by an US drone strike last month, had been running a major money-laundering operation from his former home in Cardiff, it has been revealed. Siful Haque Sujan, 31, is also reported to have paid for an unnamed 15-year-old British girl to travel to his new base in Syria in order to marry him, according to the Mail on Sunday.

Sujan was believed to have been the commander of IS’s online operations before his death on 10 December, after moving from Wales to Syria. Now British counter-terror investigators are unravelling a web of financial transactions which seemed to be funnelling hundreds of thousands of pounds through Bangladesh to Syria.

Bangladeshi police have arrested Sujan’s father Abul Hasanat, 70, and his brother, Ahsanul Haque Galib, 15, in Dhaka. Hasanat is accused of receiving £333,000 from Sujan’s British-based IT company, which it is believed was due to be passed on to a local branch of Isis.

Sujan, who came to Britain as a student in 2003, settled in Cardiff with his wife Shayma Akter, 28, in 2005, where the pair set up an IT firm called Ibacs, let renamed Ibacstel.

An associate, Abdul Samad, 24, who was a director of Ibacstel, was arrested at his house in Newport in Wales on the same day Sujan died. He has been questioned over the payments, as well as a sum of £500 that the company allegedly transferred into the bank account of a 15-year-old girl, who detectives believe wanted to use the money to travel to Turkey and then Syria.

According to the Mail, Sujan and his wife were denied fresh visas to stay in the UK in April 2014, moving back to Bangladesh in July of that year, and then shortly afterwards to Syria. Akter has remained in Raqqa, ISIS’ Syrian capital.