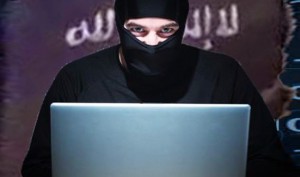 Islamic State group hackers took down the website of the Syrian Observatory for Human Rights on Wednesday. The group, also known as ISIS, threatened the director of the U.K.-based group as well.

Rami Abdel Rahman, the director of the Observatory, said the front page of the website had been replaced with his image. He said there was a threatening text with the doctored image.

Rahman, who is based in the U.K., said the ISIS hackers had managed to gain access to the servers and corrupt some information. “We have a copy of all the information that has been published and until the site is back up, we will publish on our Facebook and Twitter accounts,” Press TV quoted Rahman.

Rahman’s face was Photoshopped onto the body of an ISIS prisoner wearing an orange jumpsuit. The prisoner is apparently waiting to be executed by an ISIS terrorist. “Cyber Army of the Khilafah broke into the computer systems of SOHR … seized control of its website, destroying it, and wiping out the data,” the text accompanying the image read.

Meanwhile, FBI Director James Comey said ISIS sympathizers would find it easier to launch attacks on the United States if law enforcement authorities were denied access to encrypted communications. He said the tools available to the FBI were “increasingly ineffective” to stop ISIS terrorists, Reuters reported.

Comey said the FBI had been able to stop ISIS sympathizers so far. However, it is not going to be possible to stop them indefinitely, he said. Comey also told the Senate Select Committee on Intelligence that more than 200 U.S. citizens had traveled to Syria to join ISIS forces.