You are here: Home / Mediterranean / ISIS growing beyond Sinai and into southern Egypt 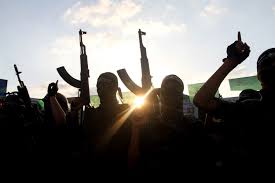 The killing of 28 Christian pilgrims on a desert road in the central province of Minya raised fears about the growth of the Islamic State (ISIS) beyond the Sinai Peninsula and into southern Egypt, like reported by middle-east-online.com.

Buoyed by ISIS’s survival and its ability to attack across the country, ISIS’s extremist ideology is finding additional adherents, particularly in southern Egypt.

“ISIS has succeeded in creating its own cells in the southern provinces,” said Khaled Okasha, an Egyptian security expert. “This means that security agencies need to open their eyes and intensify their presence in these provinces.”

An ISIS presence in the southern provinces would increase difficulties for security strategists in Cairo as Egypt’s security and military agencies are already confronting the group in the Sinai Peninsula and neighbouring Libya.

Radical Islamist groups have been present in southern Egypt before but ISIS represents a distinct threat. Divided into Islamist power centres, Egypt’s ultra-orthodox Salafists have a strong historical presence in the northern coastal city of Alexandria and among Egypt’s Bedouin in the Western Desert.

The outlawed Muslim Brotherhood has traditionally enjoyed strong support in the Nile Delta and Cairo.

The Islamist group Al-Gama’a Al-Islamiyya historically operated in the central and southern provinces of Minya, Asyut, Qena and Sohag. The group renounced terrorism and formed a political party after the 2011 revolution but offshoots announced an alliance with al-Qaeda in 2006.

“According to their religious and social makeup, Egyptians in the south are more inclined to follow a strict interpretation of the Islamic religion,” Okasha said. “This is why these provinces can be fertile ground for the growth of radical Islamist organisations.”

The May 26 attack against the two buses carrying the Christian pilgrims was not the first in central Egypt. In July 2014, gunmen attacked a checkpoint manned by border guards in the south-western New Valley province and killed more than 20 officers and conscripts. Security experts said the attack fit ISIS’s modus operandi.

In January 2017, an army officer and seven conscripts were killed and four others injured when gunmen attacked another checkpoint in the province.

The suicide bombers who carried out attacks on churches in Alexandria and the Nile Delta city of Tanta in April also originated from Egypt’s southern provinces.

This, analysts said, should have led to Egyptian security forces taking a closer look at what was happening in southern Egypt.

“It is necessary for the authorities to now start addressing the reasons why Egyptians in the south are falling prey to such extremist views,” said Ahmed Abdullah Zayed, a sociology professor at Cairo University. “Poverty is rampant, unemployment is high and state institutions are totally absent in these southern provinces.”

Most economic development has been concentrated in Cairo and the coastal cities for decades, a trend President Abdel Fattah al- Sisi is trying to reverse.

Sisi has designated a large portion of the state budget to projects in southern Egypt. Egypt’s new investment law offers incentives to investors who want to start industrial projects in the southern provinces.

However, until the government’s projects bear fruit and improve living conditions for those in the south, Egypt must deal with the ramifications of its previous neglect of the southern provinces.

“The lack of development in these provinces for a long time in the past has affected the quality of life there,” said Farag Abdel Fattah, an economics professor at Cairo University. “This has turned these provinces into a magnet for radical thinking and radical groups.”