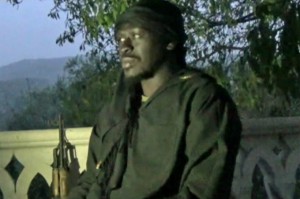 A French extremist and senior member of the so-called ‘Islamic State of Iraq and the Levant’ (ISIL) takfiri group, was killed in a Syrian army raid on the takfiris’ positions in Aleppo province on Sunday.

The French government has voiced serious concern over its citizens joining ISIL in Syria, and stated that over 1,700 of its citizens are in contact with Takfiri networks in Syria and Iraq.

France, Belgium, the Netherlands, Denmark and Britain have the largest number of nationals in ISIL’s ranks.

In May, French counterterrorism bodies confirmed that tens of the country’s nationals fighting for the Takfiri terrorist groups in Syria and Iraq had been killed till then.

“A sum of 104 French nationals who had joined the Takfiri groups (in Syria and Iraq) have been killed in clashes with the Syrian and Iraqi governmental forces,” the French newspaper, Le Figaro, cited the country’s counterterrorism reports as saying.

According to a Paris prosecutor, an estimated 1,132 French fighters are currently in Syria and Iraq with ISIL group, but many of them have grown disillusioned with war and want to return.

In excerpts from their letters to home, they complain of difficult conditions and of being forced to perform menial tasks instead of taking up arms.

About 120 men have already returned to France, where they may face charges of “terrorism” under French law. Nearly 200 are in transit from Iraq and Syria, in addition to the 104 who have been killed.

French authorities have incarcerated 76 French citizens who have returned from the front lines in Syria and Iraq.

The western countries, that have long supported the terrorist groups in Syria and Iraq, are now imposing travel restrictions on those suspected of preparing to join ISIL.

Iran has repeatedly warned that those states that have supported the terrorist groups in Syria will have to experience the repercussions of their policies once the well-trained terrorists go back home.