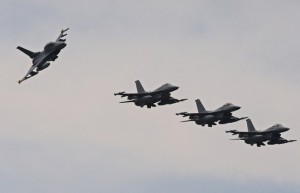 On Wednesday, a local official of the Shiite Endowment Authority in Anbar province revealed, that the foreign elements of ISIS have begun a mass escape from Anbar, stressing that the Iraqi fighters within ISIS are asking for “amnesty.”

Samy Masoudi, an official of the Shiite Endowment Authority, said in a brief statement obtained by IraqiNews.com, “Intelligence sources of Wadullah forces confirmed a mass escape of foreign fighters among ISIS from Anbar province, while Iraqi fighters of ISIS are asking for amnesty.”

Earlier today the Joint Operations Command announced the cleansing of three areas in Anbar from ISIS militants as pointed out to the killing of 19 “terrorists” and the destruction of a defensive site belonging to them in an aerial bombardment in the province.