You are here: Home / MidEastGulf / ISIS fighters advance in Aleppo and Iranian General killed by jihadists 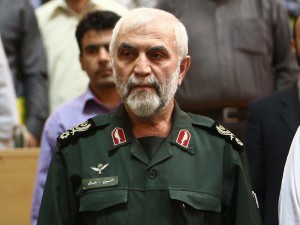 Rami Abdulrahman, head of the Syria Observatory for Human Rights, said Islamic State forces had taken over villages including Tel Suseen and Tel Qarah from other rebels groups just outside the city.

The advance, which he said marked their biggest gains in the area since late August, brought them within 2 km (just over a mile) of a government-held industrial zone on the northern edge of Aleppo, the largest city in north Syria.

Russian jets and warships have been bombarding targets across Syria for 10 days in a campaign which Moscow says is aimed at the Islamic State fighters who control large parts of north and east Syria, as well as swathes of neighbouring Iraq.

But many Russian strikes have taken place in areas of western Syria held by other insurgent groups, and Western leaders have accused Russia of intervening primarily to support President Bashar al-Assad.

Abdulrahman said he believed only 10 percent of the Russian strikes had hit Islamic State targets.

Supported by the Russian air campaign, Syrian troops and allied militias have launched an offensive against rebels in the Ghab Plain and other parts of the northern province of Hama, where Abdulrahman said clashes continued late into Thursday night.

He was part of Tehran’s work offering the Syrian regime “military advice in its fight against terrorist groups”, Iranian state media said.

Brig Gen Hamedani was reportedly overseeing the Quds Force, a special forces unit fighting rebels in Syria that has been declared a terrorist organisation by the US.

He was known for leading the crackdown on protesters during demonstrations against the 2009 Iranian presidential election results that started, and was subject to international sanctions by the UK and other nations.