You are here: Home / MidEastGulf / ISIS executes nine of own members in Iraq’s Mosul 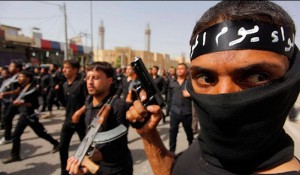 “The ISIL executed nine of its gunmen after booby-trapping them inside a house in the district of Hamdania in Eastern Mosul, because they had escaped form the battlefronts,” Head of media department of the Iraqi Kurdistan Democratic Party in Mosul Saeed Mimousini said.

The ISIL terrorists currently control shrinking swathes of Syria and Iraq. They have threatened all communities, including Shiites, Sunnis, Kurds, Christians, Ezadi Kurds and others, as they continue their atrocities in Iraq.

Senior Iraqi officials have blamed Saudi Arabia, Qatar, and some Persian Gulf Arab states for the growing terrorism in their country.

The ISIL has links with Saudi intelligence and is believed to be indirectly supported by the Israeli regime.