You are here: Home / West Asia / ISIS doesn’t yet see Central Asia as an area of interest for expansion 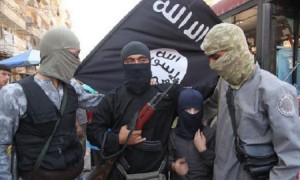 A report by the Polish Institute of International Affairs, Ready to Go? ISIS and Its Presumed Expansion into Central Asia, notes that the militant group Islamic State of Iraq and al-Sham (ISIS) does not currently see Central Asia as an area of interest for expansion

Although Central Asian states are vulnerable to the activities of radical Islamic organizations due to the weaknesses of their political and social systems—marked by authoritarianism, corruption, nepotism, and ethnic and religious tension, as well as their poor economic circumstances—interest in ISIS among their citizens remains low, the report says, noting that these states so far also have not become an area of interest for ISIS, although that may change.

According to the report, ISIS has devoted a far from overwhelming amount of attention to Central Asia and its potential for growth in the region.  It largely ignored the September 2014 pledge of loyalty from the largest jihadist Central Asian group, the Islamic Movement of Uzbekistan (IMU), and so far has not tasked the Uzbek group with establishing an ISIS “province” in the region.

On Tajikistan, the report notes that Tajikistan is a state profoundly divided as far as ethnicity and geography are concerned, but more than 90% of the population are Sunni Muslims (the majority of them live in the western and north-western parts in places such as Ferghana Valley and Gissar Valley, which is where most of the country’s ISIS recruits come from).  At the same time, the Gorno-Badakhshan Autonomous Region, located in the Pamir mountains and bordering Afghanistan, constitutes a special case as it is inhabited by a Shiite (Ismailis) population which feels threatened by Taliban incursions from Afghanistan.  As a consequence, there is almost no interest in supporting Sunni and the revanchist ISIS in this region.

The report says the majority of Tajiks were recruited not in Tajikistan, but in Russia, where they work.  The primary place of recruitment in Russia is in mosques, which consolidate working migrants and provides them with a sense of security and community.  It is also worth adding that in stories about recruitment in the country, the narrative dominates that Chechens are responsible for it.  Also social media is used for recruitment, again the sites Vkontakte and Odnoklasniki are used, but they are not the most popular way to obtain fighters.  Russia-recruited ISIS-bound Tajiks mostly pass through Turkey, where visas are not required.  Alternatively, they also pass through Afghanistan.

The report stresses that the vulnerability of Tajiks to recruitment is strongly connected with their exclusion both in Russia and their homeland (caused by the fact that since they are forced to work abroad they are no longer part of the society in their homeland, and simultaneously, they are not accepted as part of the society in the host country, either), the lack of good religious education and poverty.  Paradoxically, the threat of a prohibition on entering Russia (400,000 Tajiks would feel the brunt of it) due to previous violations of visa regulations could also push people from the country to the Middle East as they would have no prospects to improve their material status.  At the same time, another pull factor is the dream of a life in a “real Islamic state” where rules of Sharia apply.  Other important factors are also the money that ISIS gives to fighters and their families, and the possibility of conducting jihad.  This desire exists against the backdrop of rather unsophisticated knowledge on the tenets of Islam, and what jihad in a foreign land actually entails.