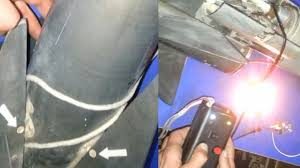 ISIS militants have developed an improvised explosive device (IED) that can be launched from rifles or dropped from an aerial drone, an arms monitoring group said, like reported by ynetnews.com.

“The (IED) can be thrown, launched from an improvised rifle attachment, or in its most recent phases of development, dropped from a commercial, off-the-shelf unmanned aerial vehicle (UAV) or drone,” CAR said in a report following visits to Mosul in November, February and March.