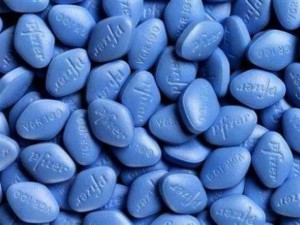 The Islamic State group has been forced to take a propaganda website offline after hackers replaced the content with ads for an online pharmacy selling Prozac and Viagra, among other pills.

The website, which was published in the wake of a series of coordinated attacks in Paris by the group almost two weeks ago, was a mirror of the group’s main online websites, with video, picture and written content from the group’s official publishing arm Al-Hayat Media Center. However, hackers managed to replace the content with an advert for an online pharmacy selling drugs for bitcoin, adding the following message:

Too Much ISIS. Enhance your calm. Too many people are into this ISIS-stuff. Please gaze upon this lovely ad so we can upgrade our infrastructure to give you ISIS content you all so desperately crave.

The website has since been taken offline and is currently inaccessible. It is unknown who is behind the defacement of the website with earlier reports crediting counterterrorism outfit Ghost Security Group with the attack said to be inaccurate. Some have credited hackers linked to Anonymous with the attack, but International Business Times could find no proof of the hacktivist members claiming credit.

ISIS — also known as ISIL, IS and Daesh — has been under intense scrutiny since the attacks in Paris on Nov. 13, which left 130 people dead and hundreds more injured. As well as governments around the world looking to disrupt the group using traditional real world attacks, various online campaigns have been waged to disrupt the group’s ability to spread its message using social media and the dark web.

One of those groups is Anonymous, which vowed to hunt down ISIS in the wake of the Paris attack, and has since published a guide for those looking to help get involved in the campaign. However, many have criticized the Operation Paris (or OpParis) campaign for harming intelligence agencies’ ability to track ISIS online. Ghost Security Group, which is not affiliated with Anonymous, began tracking ISIS online in the wake of the Charlie Hebdo attack in January, and funnels intelligence it gathers through Michael Smith, an adviser to the U.S. Congress.

“We would much prefer to stop attacks than shut down websites,” the executive director of Ghost Security Group told BBC. “I don’t think DDoS attacks do a huge amount of damage to Islamic State. Anonymous are hitting some extremist forums that have intelligence value, but we would like forums to stay online so we can see what people are saying and gather intelligence from them.”

What Is The Dark Web?

The dark web is a part of the Internet not indexed by Google and only accessible through a specially modified version of the Firefox browser called the Tor browser. The benefit of using the Tor network is that the identities of visitors to a site are anonymized, and those running the site are also shielded from view.

However experts pointed out at the time that the implementation of ISIS’ propaganda site on the dark web has left anyone visiting it open to being identified. While the site itself is hosted on the dark web, some of the videos on the site are still hosted on the surface web, meaning those playing the videos are leaving themselves open to identification.